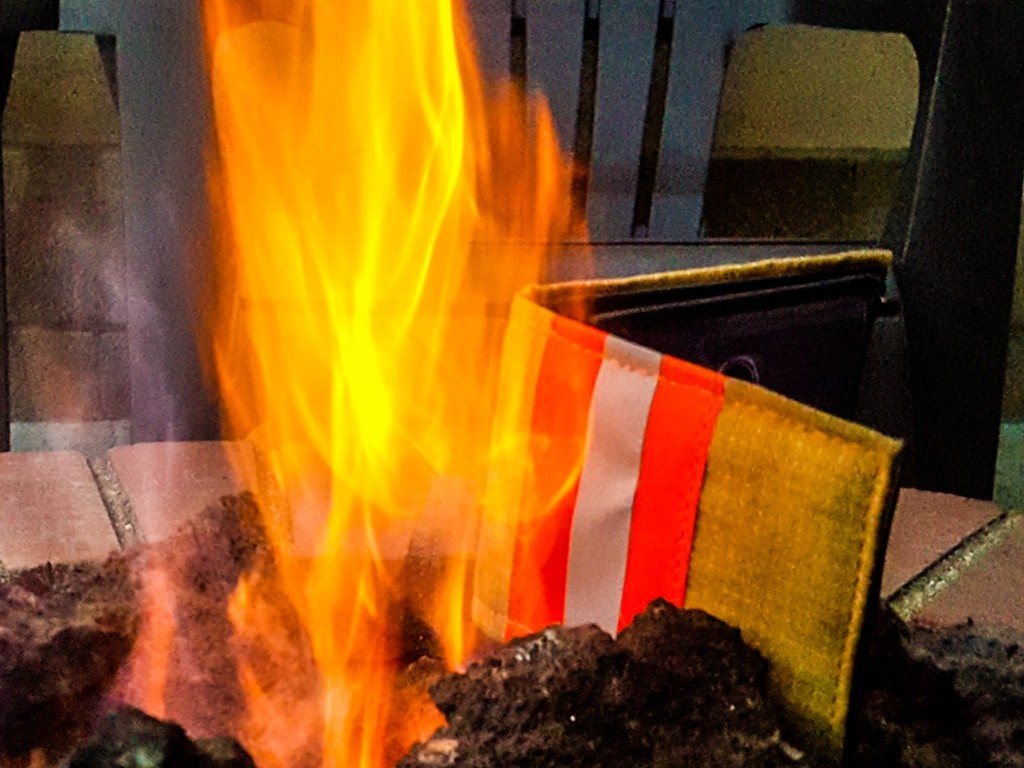 Crowdfunding is one of those grand, generational ideas — a thunderclap of an idea that promised to change capitalism forever. While it seemed fantastic on paper, it has largely gone missing in the wilderness of possibility – much like The Puppy Who Lost His Way. Case in point: a few weeks ago, I was invited to donate to a GoFundMe page to raise money for an old fraternity brother’s vasectomy reversal. This is what it has come to, friends.

But all hope is not lost. I set out on a search for the soul of crowdfunding, and what I found gives me faith that the best is yet to come. I give you the five best things you can currently crowdfund: 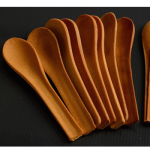 I’m a bachelor and I eat out as often as possible. While this isn’t ideal for my budget, it also means I don’t generate a lot of dishes. Thank God for that. But when I do enjoy the occasional meal in, there is no chore I hate worse than doing the dishes. Enter Edible Cutlery. While I have my concerns about the structural integrity of these little bits of genius (think: cookie soaked in milk), I’m very psyched to live in a world where I can enjoy a nice serving spoon when I’m feeling a bit peckish. 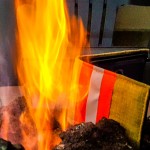 How many times have you dropped your wallet in a campfire and thought, “Dang! Why isn’t there a better way?” Say no more, because this volunteer firefighter is on the case. Granted, the obvious design flaw here is that while the wallet may be fire resistant, your belongings inside remain catastrophically vulnerable. But if there is even a 5% chance this invention will protect my Frozen Yogurt Loyalty Card from certain doom, I’m in. 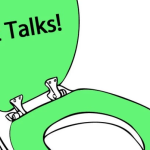 The TalkyToilet bills itself as, “The World’s Most Positive Toilet Seat.” When I decided to become a writer, I never dreamed I would write a sentence that brought me as much joy as that just did. Inventor Marie Conover is the revolutionary mind behind the TalkyToilet, and is currently raising money for the production of a working prototype. Unlike boring contemporary toilet seats that just sit there silently, the TalkyToilet plays motivational messages when you sit on it. What a time to be alive. 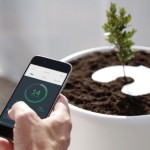 Quick – name the coolest thing you’ve ever done with a dead loved one. Buried them? That’s lame. Why not put their ashes in a biodegradable urn, then put that urn into a digital incubator and grow a damn tree from their remains? Boom, now you’re doing death with style. This bad boy is equipped with a digital sensor that tracks the growth of the deceased’s tree and waters it automatically (because you can’t be late to happy hour just because Grandma needs watering). The icing on the cake is the Bios Incube comes complete with an integrated app – because that’s apparently something people were asking for. Joking aside, this could be an amazing tribute to someone who had a soft spot for the environment. Personally though? I’d get one for every one of my enemies so I could grow a small forest and chop it all down in spite when I was feeling petty. 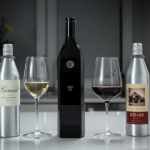 This product line promises fresh wine for up to 30 days. Personally, I’ve never needed a bottle of wine to last longer than about 3 hours maximum, but I digress. Essentially Kuvée is a two-part system, comprised  of a variety of aluminum wine canisters which are inserted into a larger smart bottle for pouring. The canisters come in a selection of wine varieties and can be ordered directly from the manufacturer whenever your supply is running low. Also the smart bottle is equipped with Wi-Fi, because this is the United States of America in 2016.

So, there you have it – the diamonds in the rough, just waiting for their chance to shine. I’m counting on you to fund the majority of these, America. Don’t let me down…there is plenty of room in my Spite Forest.

What is the best crowdfunding campaign you have seen (minus long-lost friends’ voluntary medical procedures)? Talk to us at @StarterNoise