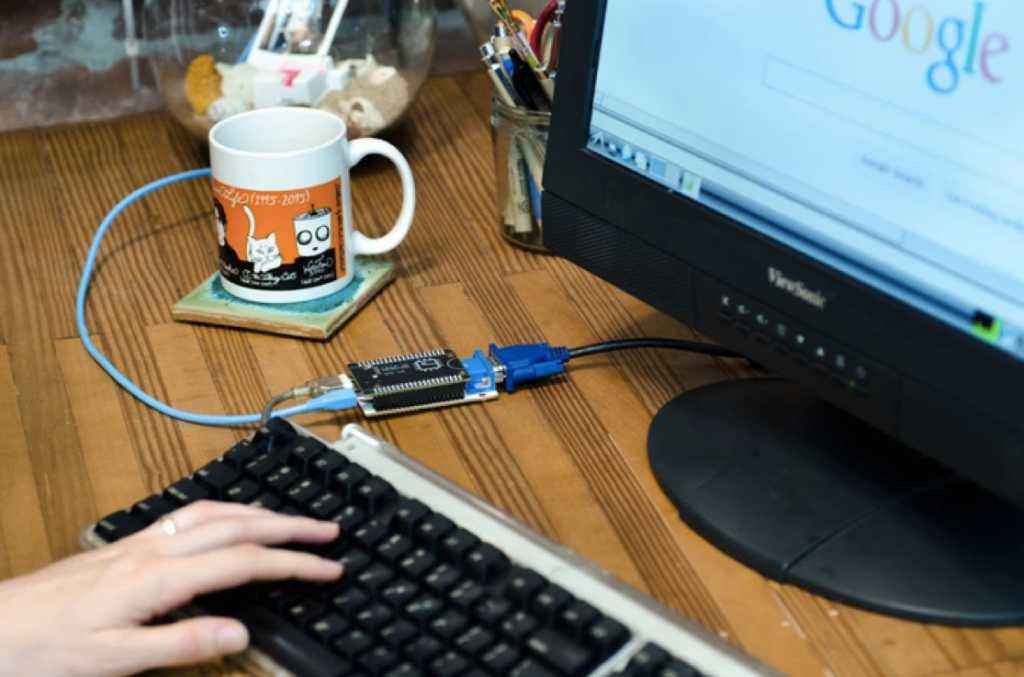 I am going to be really honest. Buying computers and other high tech devices is about as enjoyable to me as repeatedly poking myself in the eye. When my computer crashed this last Fall, I told my boyfriend that I would rather have hives than go through the process of trying to decide how to spend my hard-earned cash (and lots of it) on my next computer. I spent four whole months using out-dated, slow, old computers that the two of us had laying around instead of dropping the dough.  One of the laptops literally couldn’t be moved once I got it set up because it would just shut down if the charging cord even wiggled a little bit.

I finally had to relent because the fact that I couldn’t open more than one tab on Google Chrome at a time without everything freezing was really ruining my productivity. So I went (slowly) onto Google to find the best deal I could for the money I really didn’t want to spend. (Did I mention my last computer was only a year old? Don’t spill OJ on your computer, people. Just. Don’t.)

In my search I came across the C.H.I.P. computer. It was only $9. Well, it will be only $9. It isn’t technically available, yet.

C.H.I.P. is a computer – but not like the laptop, desktop, or iMac you just imagined. It is more like the inner workings of that computer sent to you without the case, the keyboard, the screen, the speakers, the mouse, the  . . . well, anything. It is just the actual computing device that allows you to do all the things you expect to do with a computer. Here is how the C.H.I.P. people say it: “With dozens of applications and tools preinstalled, C.H.I.P. is ready to do computer things the moment you power it on.”

Way back in the day, when the internet was being created and all the technology we use everyday was just a dream, there was a commitment to what is called Open Source Technology, the idea being that everyone can contribute ideas to make better and better products. That idea is why people fight to keep the internet free – so everyone has equal access and can contribute to content (even if sometimes that gets really messy). C.H.I.P. heads back to those roots with a computer chip that allows people to add to it, change it, make it their own and manipulate it to see what it can do. No more Apple or Microsoft operating system requirements. No more choosing between software.

Would you ever open up your one and only laptop and try and plug something in that didn’t come with it just to see what happens? Nope. But, you could do that with C.H.I.P.  And lots of people want to.

What would you do with a computer that you could build yourself? Talk to us at @StarterNoise.

Oh, and just in case you were wondering, no, I didn’t buy a C.H.I.P. to replace my crashed laptop, but I think people are about to do some pretty disruptive things with this little computer chip . . .  stay tuned, because StarterNoise will be sure to cover them!