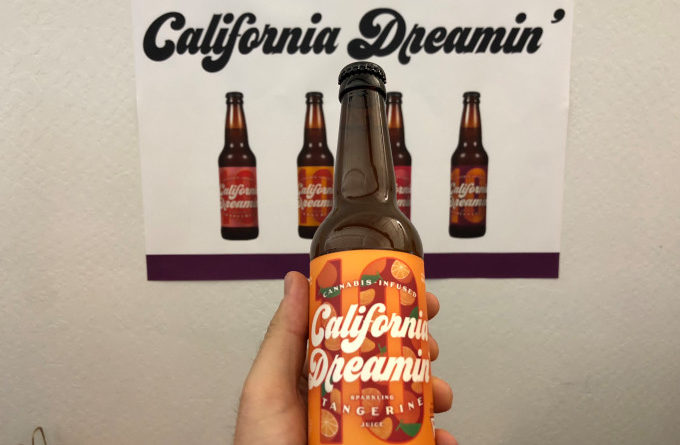 Eight states and Washington D.C. have legalized recreational marijuana. The booming cannabis industry brings in $7.7 billion globally with the U.S. taking on 90% of that whopping number. With such a profitable revenue stream, several businesses have entered the cannabis market. Businesses like California Dreamin’.

When we think about consuming marijuana, many of us think of smoking it or eating an edible. However, Seven Cities Beverage Company just launched California Dreamin’ — a natural cannabis-infused soda product. Each bottle contains 10 milligrams of THC along with Sativa, a more energizing and uplifting form of marijuana. The soda has four flavors: pomegranate, cranberry apple, tangerine, and grapefruit, but don’t be fooled, there is definitely an earthy grass taste to the beverage as well.

Some people find the beverage preferable to alcohol because the next day hangover is pretty much nonexistent. However, many states, like California, that have legalized marijuana do not permit cannabis to be sold in places that also sell alcohol, so you won’t be seeing California Dreamin’ anywhere near a bar anytime soon. But don’t fret, you can find this brand new product in recreational dispensaries in San Francisco, CA.

Would you give California Dreamin’ a try? Tweet @StarterNoise.