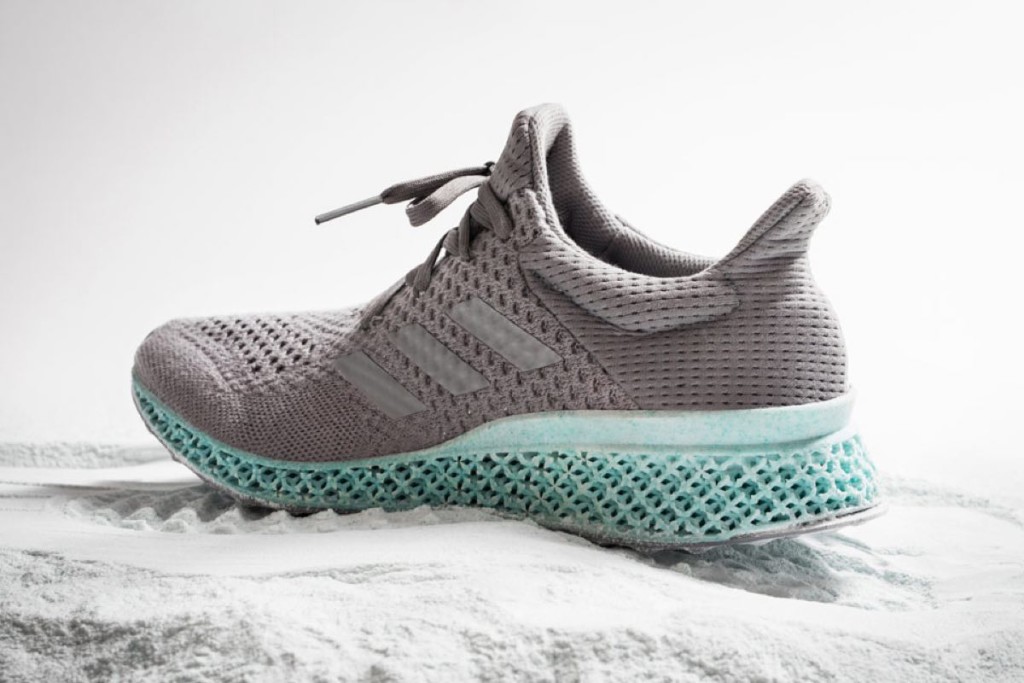 Adidas is one of the top shoe manufacturers in the world. They are number 83 on Forbes’ list of the World’s Most Valuable Brands and have an estimated $5.8 billion brand value (2014). So, what happens when a company this big does something revolutionary? They change an entire industry landscape.

New Balance, Adidas and Nike have all be experimenting with 3D printed shoes, but Adidas just upped the ante by releasing a shoe that is not only 3D printed, but one whose 3D plastic filament is made with ocean garbage. According to their Group Executive Board member Eric Liedtke, 3D ocean plastic shoes are part of, “Taking action and creating new sustainable materials and innovations for athletes . . . we want to bring everyone from the industry to the table and create sustainable solutions to big global problems.” The world’s oceans are, rather dreadfully, filled with plastic waste that gathers on shores and in floating garbage islands. The plastic slowly breaks apart, not exactly decomposing, and mixes with the ocean water to be eaten by sea life and birds. It is a terrible, global problem for both humans and wildlife that literally grows every year. Scientists report that, “If we fail to clean up the plastic and stop continued pollution of the oceans, we are facing the potential extinction of many sea life species and the interruption of the entire ecosystem. We also risk the health of anyone who eats seafood.”

The group Parley for the Ocean has been dedicated to finding ways to stop the destruction of the sea through, “Solutions [that] can only be realized by harnessing the imaginative side of human culture – the arts.” Their three-pronged approach to cleaning up the oceans includes reducing the amount of waste that is added to the ocean each year, cleaning up what can be collected and redesigning products in innovative ways. This is where Adidas comes in to play.

As part of the Redesign step from Parley for the Ocean, Adidas is taking ocean plastics that can be turned into fabrics and making sneakers. Parley for the Ocean states that turning ocean plastic trash into material for the fashion industry helps create awareness, funding and reduces the use of and creation of more plastic items that may find their way into the ocean in the future.

Adidas has done a pretty fashionable job with the shoe. They released the design and partnership information right alongside the Paris Climate Conference so everyone focused on the health and well being of the planet could see the strides they are making. Beyond using the recycled plastic, which will definitely attract a certain user-group, 3D printing technology also allows for the shoe’s midsole to be customized to the person who will be wearing them.

This type of advancement and industry collaboration is driving social impact startups. What surprising partnerships that will likely change the world have you seen? Talk to us @StarterNoise