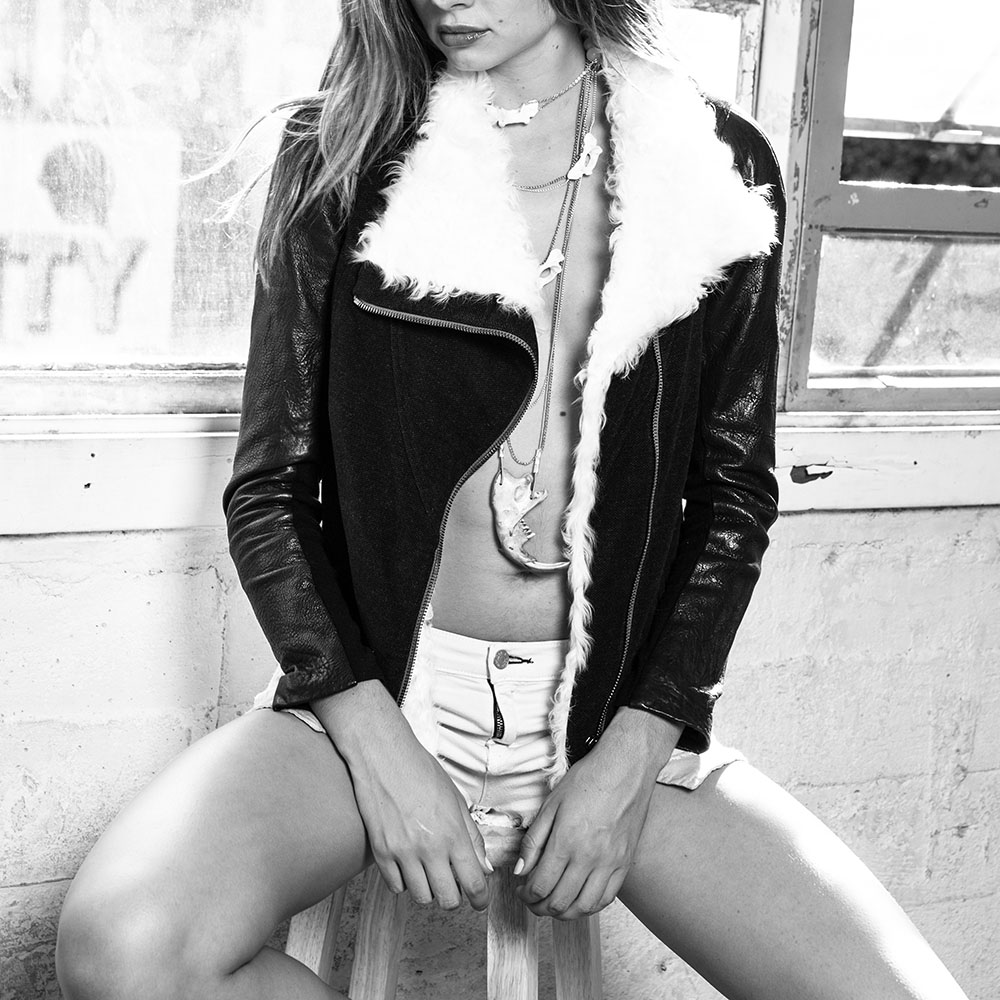 If you Google “jewelry with bones” you may get more hits than you’d expect and even more than you’d bargained for, such as taxidermal mouse-head cufflinks and squirrel-paw earrings (both of which are available on Etsy, if you’re interested). Call me naive but I hadn’t realized there was much of a market for such macabre designs. But jewelry designer Alex LaMarsh steers clear of the fur and instead goes right for the bones of the issue when it comes to her new company, Evolve. For LaMarsh, who uses animal bones to create pieces of statement jewelry, her goal is less about generating shock value and more about connecting with nature.

“After doing much research on the market,” says LaMarsh, “I found that Evolve fills a niche which others don’t. … Most of the comparable brands out there are very earthy, hippy or occult. Evolve is none of these—it specifically is very wearable for a fashion-conscious, professional adult. They are statement pieces rather than statements on lifestyle.”

“Growing up as a child in the country,” she continues, “I’ve always had strong ties to animals, earth and nature. Now as an adult in NYC I find I am more drawn to those ties. Evolve is my way of combining and honoring both aspects of my world. Everything is sleek, simple and modern but tied together with nature and the animals that surround us. It’s a way of honoring the bones within us all.”

LaMarsh didn’t necessarily set out to create a jewelry business, but she ended up doing so to satiate popular demand—and avoid giving away the jewelry she’d made for herself.

“I started off just doing it as a hobby for myself and friends,” LaMarsh explains, “then people would stop me on the street to buy the pieces I was wearing, wardrobe stylists started taking my jewelry off my person to include it in shots while I was on set with my full-time job as a make-up/hair artist. Eventually I realized I needed a website to send people to because word of mouth was generating, so I sat down and built a little site which is already growing into a whole other animal.”

While her story may sound like an entrepreneur’s dream come true, the venture has not been without its challenges which, as LaMarsh says, include “finding time to fill orders, doing marketing, updating the site, organizing future developments, designing new products, putting the revenue back into the business. Also, because I source everything from local humane hunters and Native American Reservations, they are never guaranteed to have the supplies I need in stock.”

For people looking to start their own companies, LaMarsh offers the following advice: “Be prepared to feel like you are raising a child. Every day you need to get up and feed it and clothe it and put it to bed at night. It’s not easy, it takes dedication and sometimes can feel like pushing a boulder up a hill, but it’s worth every moment when you have a breakthrough.”

After speaking with LaMarsh about her designs, I’m admittedly less creeped out. Who knows? Maybe gold-tipped raccoon-vertebrae earrings are in my future—but I’m definitely going to steer clear of taxidermal mice. What about you? Tweet your thoughts on #BoneJewelry to @StarerNoise.

Chantel Fernow is a former beauty editor of Make-Up Artist magazine. After receiving degrees in creative writing, English literature and philosophy from Colorado Mesa University, she forsook her native Southwest for the Pacific Northwest. She now lives on the Oregon Coast, where she writes, edits, eavesdrops and lies to strangers.