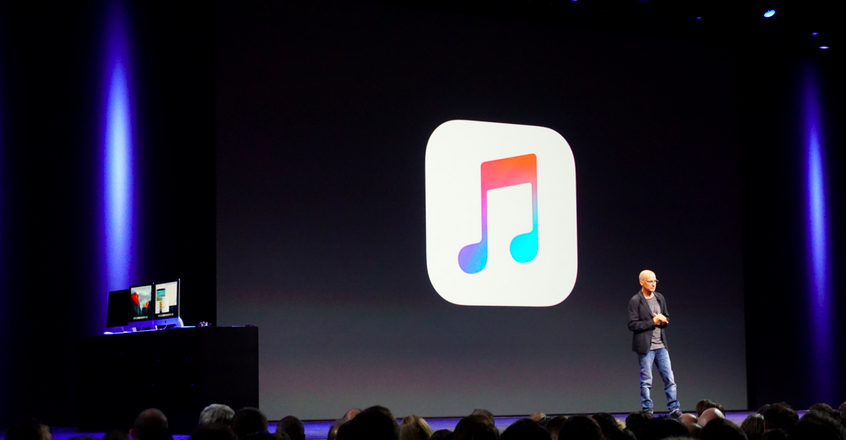 The Apple Worldwide Developers conference was hosted in San Francisco this past weekend to unveil all the details on the company’s latest endeavor: Apple Music. And to the surprise of many in attendance, the brand new streaming service was not all it was cracked up to be. The new service compiles a streaming service, a 24/7 radio network and a collection of tools that operate as a social outreach service for upcoming artists. Here’s the kicker: Apple Music will soon be the default program used on all devices with the iOS 8.4 operating system and above; which will then require users to shell out $9.99 for an individual subscription or $14.99 for a family plan that will host up to six members.

Many features of Apple Music will be immensely appealing to users; for example the genius playlists that Apple has become known for have been managed and constructed by actual people– not algorithms. However the biggest point of criticism to Apple is how late they are to the music streaming party. Spotify has been in this game for over two years now and will more than likely not be toppled by Apple Music anytime soon due to the amount of time Spotify has had to work out whatever kinks or shortcomings it may have had in the past. And while Apple has made a valiant effort in their first attempt at a streaming service, they have essentially thrown every feature imaginable into the melting pot which is both admirable and chaotic in equal measure.

So what do you think? Will Apple Music work out the majority of its’ problems in order to become a frontrunner as the number one used streaming service around? Or does Spotify simply have too much time invested into its brainchild that the level of development will be difficult for Apple to overcome? Tweet us your thoughts at @StarterNoise using the hashtag #AppleMusic