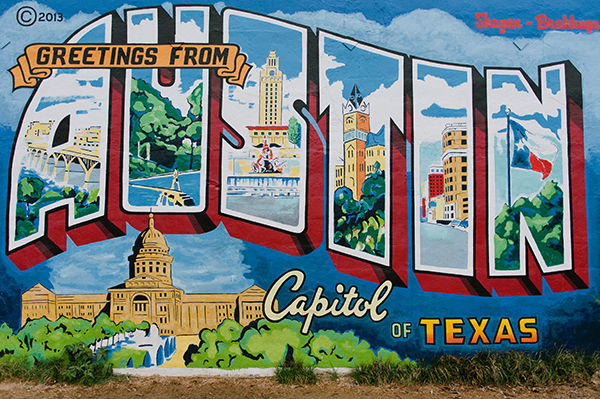 Thanks to Silicon Valley on HBO, everyone is giving The Bay Area all the credit for holding down the startup scene. Well, that and Google and Facebook, but mostly just the show. If you want a successful start up, step 1 is move to The Bay Area. Step 2 is blow all your money on living costs. Step 3, get a real job after your startup fails, and you end up homeless in Berkeley. Well that pattern is starting to change, thanks to the startup scene booming in Austin, Texas. Austin has been consistently making a name for itself as the golden child of Texas. Much like the entirety of California, Austin has crushed the live music scene for decades, has a pretty liberal population with forward thinkers, and is a pretty dope place to attend college. So it was only a matter of time before Austin did what it has always done, steal California’s latest hit and start its own startup scene.

While many would attribute the cheap land or the lack of personal income tax as the driving force behind thriving startups in Texas, the real reason is becoming increasingly clear—the idea of a startup is insanely impressive and futuristic to a bunch of gun wielding, cow herding Texans. You know what happens when you tell someone in a San Francisco bar that you work for a startup? You get punched in the fucking face. Startups ruined San Francisco, and any local can attest to that. These transplants came in and stole the city, and working for a startup earns you absolutely no points in any social circle outside of startups themselves. You know what happens when you tell someone in Texas that you work for a startup? Well first, they ask what a startup is, but once you inform them, they think you’re from the goddamn future and they worship you like a god. These techies that are moving to Austin are absolute geniuses, finally finding a place where their job makes them desirable to the opposite sex.

Texas has always been big on business. And in the 21st century, these oil tycoons and traveling gun salesmen are being booted to the sidelines by a bunch of computer nerds who are slowly but surely changing the way we Americans live our lives. So let’s hand it to the Austin startup scene, because not only are they building a brighter future, but they are also making Texas a bit less shitty.

Tweet @StarterNoise to tell us what your thoughts on Austin’s booming startup scene.