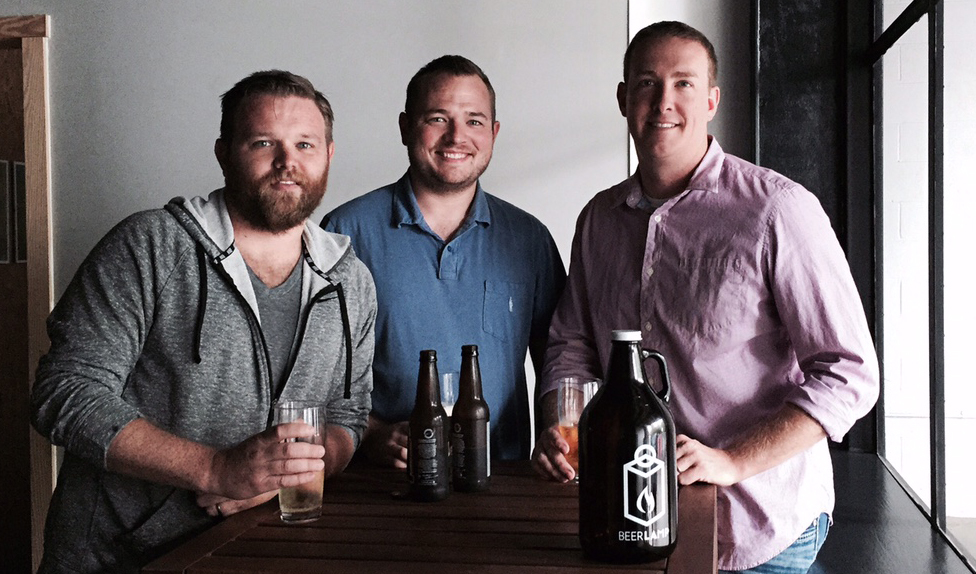 Brian Carruth imagined a world where grabbing a beer with friends might be simple, without the ordeal of searching around to figure out who is free to meet up or where to go.

Since 2013, Carruth has been developing the idea into an app called BeerLamp. Today, Carruth and his co-founders Brandon Wooten and Brad Uhl are busy introducing the app to the craft beer community. Carruth says,

“We feel that by focusing on craft beer, it gives us a niche. It’s a smaller group of people who are actually interested in communicating about the beers they’re drinking and are seeking out breweries and tasting events.”

The app enables users to broadcast their signal to other users in their network, search for bars based on location and filter searches to discover sports bars, happy hours, entertainment, specials, and hidden menus. It also offers updates about local events breweries are attending.

Tapping Into the Beer Festival Circuit
To connect with this audience, BeerLamp has been making the rounds at beer festivals across the east coast. There’s roughly 1,000 festivals starting around St. Patrick’s Day and runs through October.

“Festivals are an easy way to meet a mass audience and interact with people. We found that the name BeerLamp is really a draw. People are naturally inquisitive about what it is. It makes it easier for us to interact with people, to start that grassroots movement.”

While beer drinkers have responded positively to the app, BeerLamp hopes small breweries will consider the app a resource as well.

“Breweries are excited because it’s something that they’ve been looking for, to help them beyond Facebook and Twitter, because they feel like their stuff gets lost on there. Being a micro-networking platform is exciting because people are actually talking to each other and going out and making plans.”

At festivals, breweries hope to find new fans who will later buy their beer at the store. Carruth explains retail sales are where breweries make their profit margin. BeerLamp helps this process by driving traffic to the festivals and keeping beer drinkers in the loop about upcoming local events. 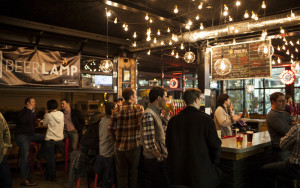 A Crash Course in Entrepreneurship
While working on starting BeerLamp, Carruth was completing his MBA from the University of Virginia’s Darden School of Business. He discovered some big lessons which can’t be taught in a classroom. In the startup environment, the structure which defined the academic environment quickly fell away.

“ There’s so much to do in a startup, it’s really hard to do everything. Priorities are important, and not just rigidity or sticking to a plan. It has to be about flexibility and determination.”

As with many startups, there was a time when the future of the company was anything but certain. Late last year, the app was struggling to gain traction and the team was evaluating whether or not to continue. Carruth, who spent 10 years as a Navy pilot, tackled this problem by utilizing the values he learned in the military.

“That’s one of the places where I was really able to lean on my military background, and say ‘things aren’t great now, but we have a mission, so we’re going to get there and we will re-evaluate when we get there’ ”.

Today, BeerLamp is on track to expand and plans to continue the beer festival circuit and grow the user base, as well as work with brewery partners for specific campaigns and events. The team is working and intend to introduce the app nationally by this spring. Despite the inherent challenges of building a startup, Carruth admits working with beer has its perks.

“People tell me all the time that we’re geniuses, because we figured out a way to drink beers and travel around to see bars for a living. It’s a lot of fun.”