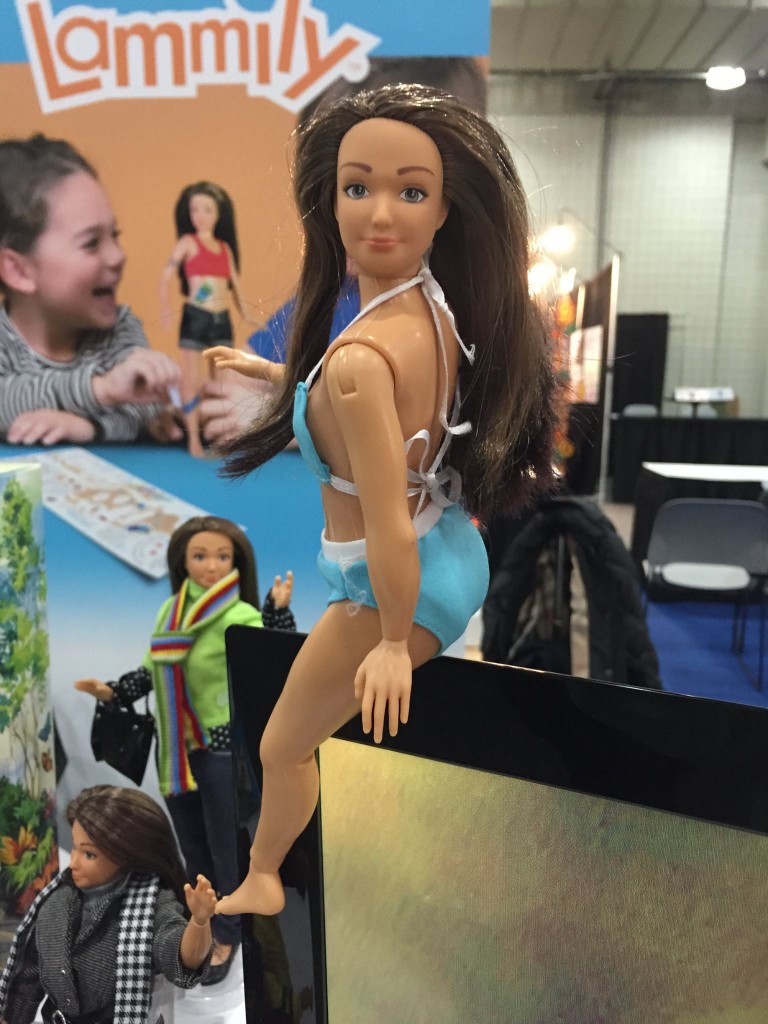 Women come in contact with messaging that influences their body image on a daily basis. Whether it is air-brushed models in advertisements or celebrities on the cover of magazines, the expectations that are set by these messages can be damaging. Poor body image can lead to extreme weight control measures, illness, depression, and plummeting self-confidence.

Long before puberty, girls get an idea of what the perfect woman should look like from their first dolls. Dolls like Barbie are incredibly popular, but Barbie does not have any of the proportions of a normal woman. Actually, if Barbie were real, she would lack even enough body fat to menstruate, couldn’t hold her head up, and wouldn’t be able to walk upright for failure to support her frame on her tiny ankles. And, yet, young girls around the world are given her as an example of what a woman looks like.

Changing this dynamic and introducing more realistic dolls into the marketplace are companies like those producing Lottie doll and Lammily doll. Lottie is based off of the real proportions of a nine-year old girl and Lammily off of an average 19-year-old girl. They are physically more accurate, but they are taking their representation a step further – for the sake of all girls – by focusing on self-empowerment, intelligence and individuality.

The creators of Lottie and Lammily are both focused on portraying women as healthy, intelligent and capable. In sharp contrast, Mattel has gotten bad press on multiple occasions for making Barbie sound like . . . well, an airhead. The Teen Talk Barbie had only a few phrases, (none of which were very motivational) including, “Math class is tough,” and “Party dresses are fun,” and, “Do you have a crush on anyone?” Seriously, Mattel? And have you ever noticed the range of ethnicities that Barbie has. No? That is because there aren’t many.

What we are talking about with the introduction of these dolls is more than just another toy for little girls. We are talking about strong messaging that starts at a young age. That messaging should be empowering, nurturing and engaging. This isn’t just about entertainment, it is about raising girls and molding minds.

If you don’t believe me, check out the Lammily test video where 2nd graders were given fashion dolls and their responses recorded. The kids are excited to see a doll that looks like someone they know and is realistic. Their connection is instant as they start to point out that she looks like a “real person” and they are surprisingly observant about Barbie’s limitations and unrealistic characteristics. They also give Lammily better career opportunities – like teacher, computer career and pilot – while Barbie is a model or works at a fashion store.

Do you think messaging by way of toys and dolls is an important consideration for a society? How far reaching is there influence? Should businesses be concerned with the message they are sending kids? Let us know your thoughts @StarterNoise #RealDoll