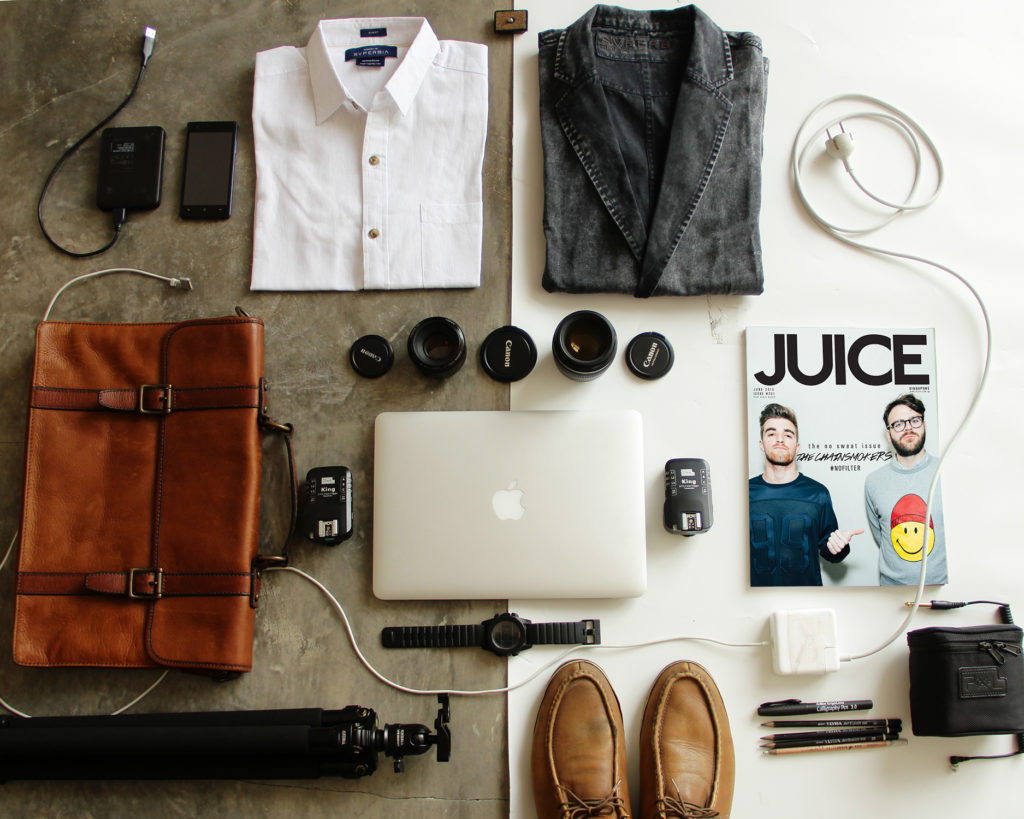 Welcome to the first installment of my attempt to fix the world. This is the Book of James. Let’s get started.

I’m going to be traveling more for work. Any tips to help me stay fresh on business travel? –– @justingabes

Let’s be abundantly clear right out of the gate – unless you are hopping on a Gulfstream V with a pack of supermodels, there is no such thing as staying fresh in the friendly skies. Air travel in the modern world is the goddamn worst; you’re packed in with a bunch of weird-smelling strangers who are invariably in foul moods. Then you’re trapped in a pressurized cabin with recirculated air that is never the right temperature. With almost no exceptions, you’re going to arrive at your destination rumpled, sweaty, sore, and stained. With that in mind, there are ways to make the process just a little bit more forgiving.

Hope this helps. If all else fails, you could always take a Greyhound Bus like some sort of riff raff.

When writing college essays, how can I make mine stand out from others? –-@HannahMLeeke

The obvious answer here is to print it on puppy stationary, but I hear that is frowned upon in higher education circles. I’m going to assume you haven’t been given a specific prompt for this, or it’s something ridiculously open-ended like, “Describe a time you were challenged.” If that is the case, your best bet to stand out from the herd is to employ a strategy I like to call False Embarrassment.

This is a strategy I use in the dating world with mostly positive results. It involves sharing a story that sounds embarrassing on the surface, but really makes you shine after the payoff. For example, I might tell a woman about how I once called every girl in the sixth-grade student directory to ask them to be my girlfriend until one finally agreed. But I was too nervous to talk to her at school, so I avoided her for two weeks until she dumped me at recess.* At first glance, this is a humiliating story, but if told the right way it paints me as a sensitive, romantic little guy who is able to laugh at himself years later. Yahtzee.

In much the same way, you can spin your college essay to capture something you may have failed at, then discuss how you’ve learned from that experience. Every jerk in your graduating class is going to dwell on their meaningless achievements – face it, nothing you do in high school is that great – so your willingness to focus instead on your shortcomings and how you’ve learned from them might just be the fresh spin you need to stand out. You might also consider stapling a twenty to the application and calling it a day.

*If you’re reading this, give me a call, Kate.

I’m going to preface this by saying that I have zero understanding of meth. But I watched all five seasons of Breaking Bad and I dated a girl named Crystal in 2014, so I feel vaguely qualified to answer this question.

In most cases, drugs are fine now, and everybody agrees. Most employers would tend to disagree, which is why HR rarely asks for my opinion on anything. I’ve known plenty of upstanding, productive members of society who wrap up their day with some THC and a beer, and are no worse for the wear when the workday starts. Similarly, every banking transaction in the 1980s was fueled by cocaine, and that seems to have worked out all right. But meth is one of those animals that is most assuredly not fine and has no place in the working world. Unless of course your business specializes in picking at invisible insects and smelling like cat urine, in which case you’ve got a real straight shooter on your hands with upper management written all over him.

Typically, I’m of the belief that snitches get stitches, but in this case you should totally narc. Narc yesterday. Narc repeatedly. Narc on weekends and holidays.

How about the question that stands the test of time? How to be a life long (insert bad sports team here) fan? –@Fleece_It_out

I love this question because I am a dedicated fan of a perennially shitty baseball team that somehow managed to make a dinosaur lame. A lot of people don’t understand the masochistic thrill of hitching your wagon to a loser; in many ways its more satisfying than cheering for a winner because you get to pleasure of martyrdom and you never  risk disappointment. Plus, pulling for a bad team allows you to act like a total sports hipster, which is great because winning is so passé anyway.

With that in mind, the key to being a lifelong fan of a miserable team is to abandon your pride entirely and just roll in the mud. Bitch about the ownership to anybody who will listen. Curse the players, their families, their ancestors and their pets. Gripe at length about the lack of national attention your team gets in spite of the fact that they haven’t been relevant since pagers were the coolest. It is your God given right to complain at the top of your lungs, and anybody who says differently is probably a communist or a dry cereal eater.

However, it is also important to play the role of the fervent optimist to keep people on their toes. When other’s talk about championships and winning seasons, wax poetic about that one good season your team had in 2007 and how close they got to winning it all. When you travel, wear that worn out logo t-shirt with mustard stains on it with pride. At the beginning of the season, learn the names of every draft pick your team picked up over the offseason and tell everybody you know why these players are the key to getting the team over the hump. Most importantly, memorize every second of the bad years, so when that gorgeous fluke year comes along and your team sneaks into the playoffs for the first time in a decade, you can tell all the bandwagon fans what miserable sons of bitches they really are.

That’s all for this week. Make sure to keep tweeting me your questions @StarterNoise or @TheStuniversity using #BookofJames.