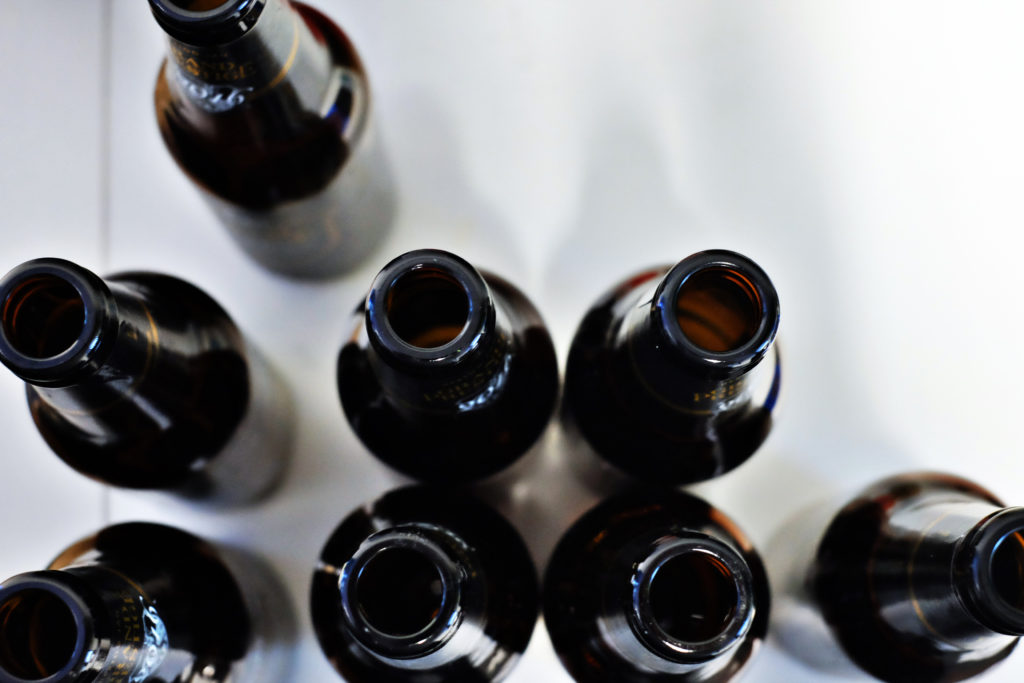 The Olympics are in full swing which means two things: 1) American dominance is being reasserted on the world’s stage, and 2) NBC is trotting out every third-string analyst they’ve got. Rather than watching an international handball match that happened five hours ago, I’m sitting down to answer your pressing questions about life. Let’s go.

How do I get the news I need to be informed w/o falling down the rabbit hole & losing my sanity? @TheStuniversity #BookofJames @StarterNoise – @dlynnwriter

Great question, and a particularly well timed one seeing as how we are in the thick of an election year that rivals the bat shit insanity of a Burning Man performance art piece. As a proud American, it can often be defeating to switch on the television or hop on the internet only to be greeted by a never ending stream of hot takes, mudslinging, speculation, name calling, and verbal diarrhea regarding the national situation. It’s an interesting time to be alive, because the endless supply of information available at any given moment ensures every opinion – no matter how ludicrous – can seemingly be supported by a healthy backing of news and research. Now, admittedly, most of what is out there is nonsense, but the need to outrage often trumps any type of responsible fact checking, so we are left treading water in an ocean of misinformation. Given the circumstances, it’s completely understandable to want to tune it all out; but while the bliss of ignorance is tempting, it remains incumbent of any responsible adult to be as informed as possible if there is to be any hope of fixing the clustercuss we call society.

I believe the key to being informed without losing your mind is to take a mathematical approach to a cultural problem. In much the same way statisticians eliminate outliers to move toward a true average of a set of numbers, I think it’s entirely possible to determine the “truth” of a given news story by taking a wide sample and averaging the various claims and conclusions fed to you by the media. When I set out to inform myself on a developing issue, I do not limit myself to a given channel or website, for as much as they all claim to be, there is not a single unbiased outlet. So, I take a shotgun approach; I read the Huffington Post, US News and World Report, Fox News, Drudge Report, Salon, Slate, USA Today, Christian Science Monitor, Daily Caller, and any other sources I find halfway reputable. Each presents the news with a slightly different agenda, but by consuming them all, I naturally develop an opinion of the matter that is built by the bare facts they all share and which typically lands somewhere in the middle.  Obviously this process requires a level head and an open mind, but I’ve found great peace in approaching the world in this manner. Another key element in this process is identifying agendas early and accounting for them in your analysis. Any major event is going to attract special interest groups leveraging to advance their agenda; it’s pretty transparent once you know what to look for.

Final thought: there are certain sources you should almost always disregard. Nearly everything you find on Tumblr and Facebook is bullshit, and as a general rule of thumb, if they think the earth is flat, they are probably not going to have the most lucid ideas.

I work for a really great small company that has a terrific culture. I love the people I work with, and I’m in an industry where I really think I can grow. There is only one issue: mother loving potlucks. It seems like every other week, we are having a pot luck of some sort to celebrate football season, St. Patrick’s Day, Halloween… you name it. It’s not mandatory to bring something, and I normally don’t since I don’t have the time or resources to prepare a big dish to share. But here’s my question – as a young professional on a fairly limited budget, a free lunch is not something I can easily pass up. Am I a horrible person for making myself a plate at the potluck without bringing anything in return?

Yes, you are a horrible person. But only because people are generally terrible and without knowing you, I automatically assume the worst. In regard to your question, I don’t think partaking in the bounty of the semi-weekly potluck without contributing is a mortal sin. Is it a bit of a dick move? Sure. But chances are, everybody who brings a dish does so knowing participation won’t be 100% across the board. From the sound of your company, I doubt there is going to be a Potluck Oberführer monitoring the spread and dropping the hammer on the freeloaders. That being said, don’t make a spectacle of yourself, bemoaning the strife of the starving young professional; fix a plate like you own the place and get on with your day. If you play your cards right, you might even parlay your success into taking home some clutch leftovers since the last thing anybody wants to do at the end of the day is wash dishes in the break room. This feels like a classic example of making an issue where there isn’t one, but you really should consider bringing a bag of chips at some point, scrub.

I have poison ivy on my leg, but a guy from the bar asked me to go home with him. Does that count as an STD? –Anonymous

I’m beginning to regret not establishing a theme for these questions. Right out of the gate, I am going to assume the affected area wasn’t visible at the time because I don’t want to imagine the type of person who harbors a rash fetish. With that in mind, my gut intuition says no, it is not on par with a Sexually Transmitted Infection (STI) because even the worst poison ivy rashes clear up with little to no treatment as opposed to your all-star baddies like HIV, Herpes, and the Clap. However, I am not a medical doctor (despite having watched all eight seasons of Scrubs), so I consulted the Mayo Clinic’s online encyclopedia of common ailments. According to the official entry on poison ivy, the plant causes irritation on the skin due to an oily secretion called urushiol which is found in the roots, stems, and leaves of poison ivy, poison oak, and poison sumac. Luckily for you, direct contact with the oil itself is the only way to develop a rash on your skin. Contact with an existing rash will not spread any sort of nastiness, so long as the urushiol oil has been washed away. The blister fluid and infected skin is completely safe to others. So assuming you’re still hot to trot after hearing the term “blister fluid,” you’ve got the green light to get busy.

I’m a girl who likes to drink beer with the best of them, but I wouldn’t consider myself an expert on the subject at all. But my Tinder date for this weekend is a self-described beer snob. We are going out for drinks and I don’t want to come off looking stupid when I order/talk about beer. Help? – Alysia

Good Lord. Never underestimate the ability of our generation to over-complicate even the simplest things. Don’t get me wrong, I love the availability of craft beer these days, and I have a great time trying new brews and checking out local breweries. But I think it’s absolutely outrageous that people are expected to have a full understanding of the taxonomy and history of every beer they drink. Sometimes a beer is just a beer. Furthermore, anybody who describes himself as a “snob” in any regard is likely a pretentious mound of wilting garbage and should be avoided at all costs. But hey that’s just me.

As to your question, faking it until you make it is probably a lot easier than you’re making it out to be. Let’s give your guy the benefit of the doubt and assume he isn’t a full blown snob and merely an enthusiast. If that’s the case, he’s going to want to impress you with his knowledge of the subject; chances are, if you get him talking, he won’t care how much you know or don’t know. The key to getting the ball rolling in this strategy is to have a setup line that makes you look as though you’re educated about the topic but willing to yield to his expertise. Try something like, “You know, I’ve been in a real IPA phase for the past few months, and I’m looking to branch out. What do you recommend?” This establishes your credibility, but takes all the pressure off you to make an actual decision. Failing this, just point to something on the menu and order it with the most confidence you can muster.

Or I suppose you could just tell him the truth, but that’s boring and makes for a much shorter article.

Good luck out there, everybody. Keep sending your questions to @StarterNoise or @TheStuniversity using #BookofJames, and remember to have your pets spayed and neutered.