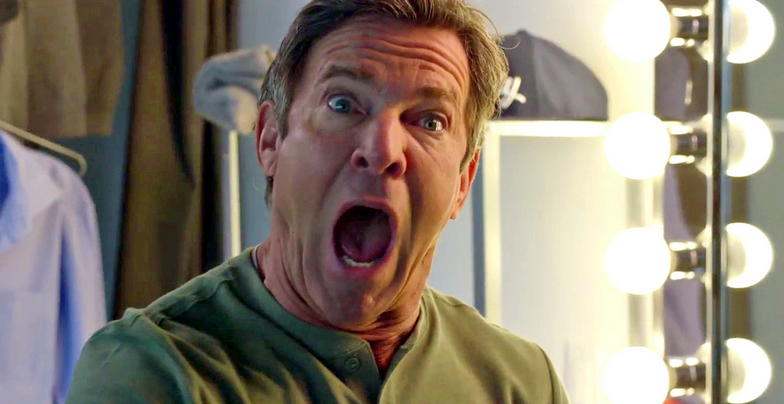 The Dennis Quaid meltdown. If you haven’t seen it, here is your chance.

This now-famous video of Quaid cussing up a massive storm of name-calling during a film shoot balances on the thin line between troubling and hilarious. It spread like wildfire. Speculation surrounded the video since it landed online, and many viewers surmised that the whole thing was fake. They were right.

Funny Or Die is claiming responsibility for the epic clip and they just released a new video expanding on the entire event. It’s extremely entertaining, but it’s also revealing. FOD obviously planned this from the start, and it couldn’t have gone better.

The puzzle of viral marketing is a topic discussed in most modern marketing firms today. Although it’s not an advertising approach that guarantees results, it’s a unique method of messaging that can quickly surpass expectations if it’s executed properly. We can’t see the future, but we can give you some tips for viral marketing. Luckily, we have this gem from Funny Or Die for reference.

Dennis Quaid’s On-Set Freak Out: The Full Video from Funny Or Die

The best viral videos are short and sweet. We all know attention spans are shrinking, so place a limit on the length of your video. If it lasts too long, viewers may lose interest and won’t feel as inspired to share it with their friends and online networks. The original video of Dennis Quaid’s on-set meltdown ran only 44 seconds.

Make your viral campaign as easy to share as possible. Whether it’s video or picture-based, make sure the format and size will work across the major social media platforms.

If you don’t have a clearly defined goal, it won’t matter whether your campaign goes viral or not. The point of a viral marketing campaign is to leverage the attention to achieve a specific goal, so define it early on and your efforts will be rewarded.

Respond to Your Audience

Don’t post your video and move on. Keep a close eye on all the online platforms where people are enjoying your viral campaign and actively seek out ways to communicate with the audience. From answering simple questions to responding to rude comments, this is your opportunity to engage the viewers and increase engagement!

DON’T Forget to Connect Your Brand

A viral video means nothing to your business if people don’t realize you’re connected to it. Funny Or Die has done a perfect job with their Quaid campaign, revealing their involvement days after the original video was released. They created the follow-up video not only to reveal the entire thing was a prank, but they posted it on their website and promoted themselves within the video. This connection to their brand made the video campaign a huge success.

A viral marketing campaign is a tricky thing to understand. No matter how much time, money and effort you put into it, its ultimate success is out of your hands. Follow some of our tips, avoid the major pitfalls, and you just might be able to pull it off.

Tell us about your all-time favorite viral marketing campaign (or the worst one you’ve ever seen) by sending us a message on Twitter at @Starternoise.