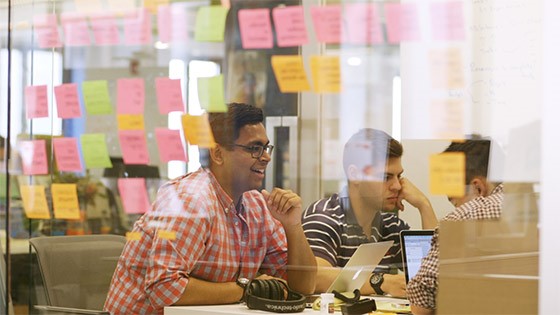 We all tend to glamorize the startup world. We make it appear as if it’s an easy, fun journey that rarely fails. However, reality is, the startup world is super crazy and exhilarating, but at the same time, ridiculously stressful and apt to failure.

I had the pleasure of watching the amazing documentary Generation Startup. Co-directed by Academy Award Winner Cynthia Wade and Cheryl Houser, Generation Startup follows the lives of six Venture for America fellows over the course of roughly two years. Highlighting the many pits and peaks that budding, young entrepreneurs experience as they launch their startups, the film captures risk-taking and diversity. Now that I’ve got you at the edge of your seat, take a few minutes and watch the trailer.

Think you’d go and watch the whole film? I think yes, and when you do, tweet @StarterNoise to let us know what you think about the reality of startups. I know you all are so busy this Saturday but instead of going out and getting #cray, stay in with your #bae and turn on this great #flick.