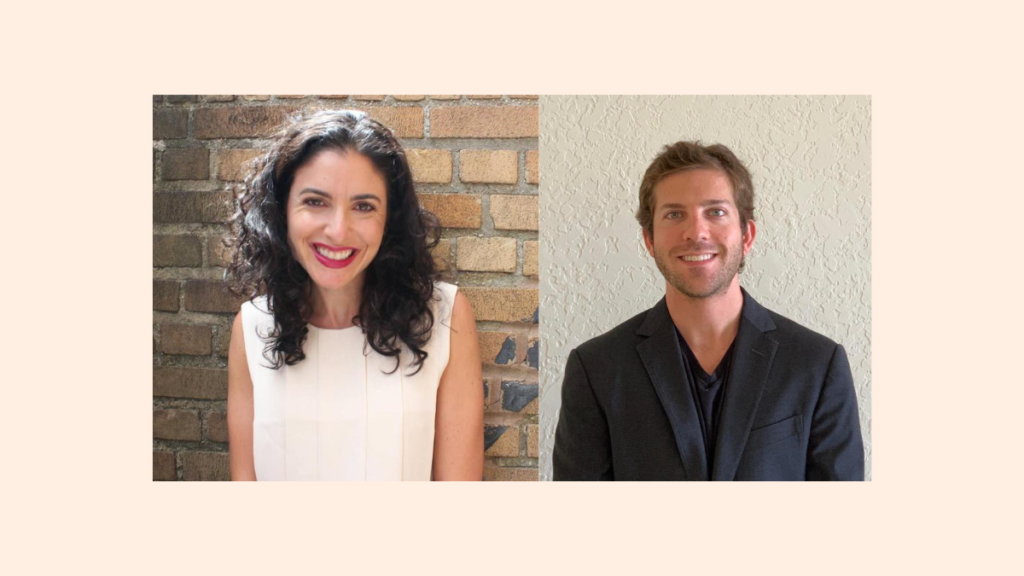 “If an individual eliminates meat from their diet they probably won’t make a major global impact, but Actual Veggies will change the world when millions of people eat your burgers.”

That’s what an investor told Jason Rosenbaum and Hailey Swartz, Co-Founders of Actual Veggies, about the company’s mission: to make burgers with fresh veggies that are large, filling, and colorful, because natural is beautiful.

You’ve heard of Impossible Foods, Beyond Beef, and a slew of other brands working to make something that isn’t meat, taste, look, and smell like meat.

Actual Veggies has set itself apart from the competition.

By making plant-only veggie burgers that are made of and taste like… well, Actual Veggies.

I sat down with Jason and Hailey to hear about their journey with Actual Veggies, fundraising mid-pandemic, and an accidental burger soup, that the pair noted is much funnier now than it was when they were fundraising.

Edited and condensed for clarity.

At Actual Veggies, we make delicious chef-crafted fresh & refrigerated burgers that celebrate vegetables instead of masking them.

From where did this mission come?

Jason Rosenbaum: It’s because there are all these plant-based products out there (Impossible, Beyond, etc.) that are somewhat misleading. They’re great for the environment but aren’t the healthiest for you as a consumer. The term “plant-based” is getting twisted these days. People think that plant-based means that you’re eating this product filled with plants. But, often, when you look at the ingredients, there aren’t very many plants in there.

Our mission is creating a better-for-you and better for the environment product that is made with whole plants and tastes delicious.

Hailey Swartz: The opportunity was validated when we learned that the #1 reason people are consuming less meat is because of health and of those consumers, 46% don’t want their products to taste like meat.

So, when you look at plant-based meat’s product ingredients, there are a lot of preservatives, things you don’t really know well, or ingredients you can’t pronounce. We think it is really important to go back to the basics, to the whole foods that already have the nutrients you need.

What personal or professional experiences led to founding the company? What was your “aha” moment of “let’s just do this”?

JR: Towards the end of last year, I stopped eating meat for health reasons. I was always fit and eating what I thought was healthy, but I have high cholesterol- it runs in my family.

My grandfather actually passed away from a heart attack at a young age, so that’s always in the back of my mind. I tried so many types of diets, and nothing worked. Then I decided to cut out meat.

Immediately I was craving burgers. So I went to Beyond Burgers, and Impossible burgers thinking they were healthy and tasted great. I thought, “this won’t be too hard being vegetarian or vegan.” Then I learned how processed they are and how much sodium they have. It kind of defeated the purpose of cutting out meat for health reasons. So then I went to traditional frozen veggie burgers, which are paper-thin, tiny, and not that tasty. You don’t really see veggies- they take the veggies out of veggie burgers.

That’s when the concept for Actual Veggies was born. I joined up with Hailey and our other co-founder Alex, Hailey’s brother. We brought a chef on as a partner early to create four different burgers that are all vibrant, fresh, and color-based that showcase the ingredients. The four of us ended up raising capital from a venture capitalist in May called Big Idea Ventures.

So that was an accelerator or incubator? How did that work, especially during COVID?

HS: It’s kind of crazy. We are pretty sure we attended the last trade show in all of the US (Healthy Food Expo at the Javits Center in New York City) before COVID-19 shut down everything. As fate would have it, at the last booth we visited that day, we met a guy who told us about Big Idea Ventures, a fund that focuses specifically on eliminating meat and backing plant-based food. We applied the next day, just hours before the deadline.

As a later part of the application process, we had to send our product to the potential investors. We had to expedite our testing process. It was the first time we had ever mailed our burgers and we had to FedEx them across the country. We wanted it fresh, so we didn’t even freeze them.

JR: We had thought, “if our burgers arrive, and they like the way it tastes, we’re going to get this investment.” When we saw that picture our hearts literally sunk and we were sure we lost the opportunity.

What was the lead investor’s response after they sent you the picture?

JR: He said, “it looks like the US Soccer team kicked your burgers across the country.” I almost cried, but I said to Hailey that one day, when we grow this business, we’re going to laugh about this (and we already are laughing).

HS: They really believed in us, and now we can happily say, also in thanks to COVID-19, we’ve become professional shippers. I think, at the end of the day, it’s a testament to our favorite part about this- working together. They invested in the team and the mission and the story.

What has your funding journey been? Are you currently fundraising?

HS: We were bootstrapping at first with our own money. Then we got the investment from Big Idea Ventures. They gave us $125K in cash and $75K in resources. This has allowed us to build the foundation of our venture.

Right now, we’re actively raising a bridge round from a handful of angel investors. We’re also talking to retail buyers now, getting to know them, getting the product out, getting great feedback. And it’s really exciting. We have a few of our first orders shipping as soon as October.

What advice would you give to your college selves? Hailey, I know you went corporate, and Jason, you first went the “scrappy startup” route.

JR: I’d say, be honest with yourself about the product/vision that you’re trying to sell. Looking back on my former companies, I ran with the wrong idea, the wrong plan, and the wrong vision.

I’d also tell myself that building a team is the most important thing ever. Having the right people around you makes such a difference.

HS: Mine would be about confidence. I’d want to tell myself that if you believe in something and you do the work, you can sell and push anything forward. And don’t be afraid of rejection.

I’d also say: learn from every single person you meet.

JR: Short term, we’re planning to start small. We don’t want to be in 2,000 stores, we’d rather be in 50, so we can manage and service them- we know there will be challenges and hiccups, and we’d rather be small than big so we can react quickly.

Our current investor said something that really stuck with me:

“If one person cuts out meat it doesn’t make a global difference. But when you’re doing what Actual Veggies is doing, that’s when you can change the world.”

As we raise more venture funds and build our team, we are going to grow this. And that’s when we can really be proud that we’re making a difference.