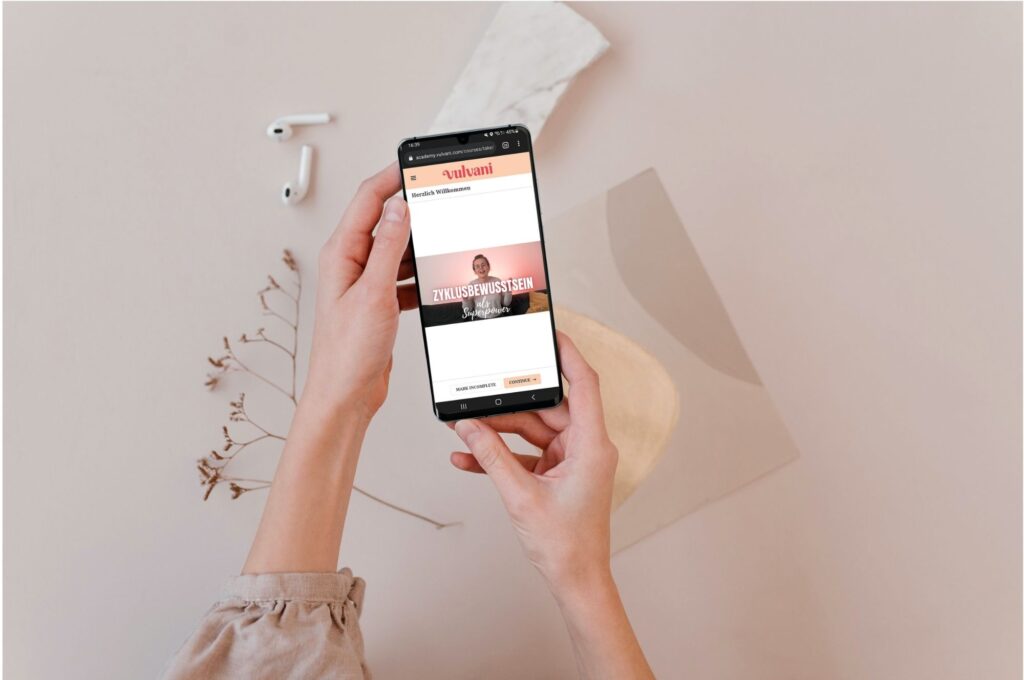 If there’s one thing we’ve learned by chatting with up-and-coming femtech startups, it’s that there is so much unchartered territory and information to learn.

So, to get started … it’s no surprise that many women lack a thorough understanding of their menstrual cycles. And, why would they? Information and research surrounding women’s health is abysmal when compared to our male counterparts.

Let us introduce you to a ground-breaking startup that is forging the way in reimaging how you manage your monthly cycle. Meet, Vulvani and cofounder, Britta Wiebe.

Britta sat down and chatted with us about her newly launched startup, Vulvani. Vulvani is a digital education platform, all about menstruation, psycho health, and sexuality. Its aim is to empower people and make it possible for every person to learn more about their body—especially through mechanisms like Free Bleeding.

Chances are, you’ve never heard of Free Bleeding. And neither did we! But, we are so excited to share what we learned from Britta.

So, to start things out, Britta learned about the concept of free bleeding from a friend she met in Mexico. “Free Bleeding is the practice of controlled bleeding. It is based on being free from period products (such as tampons, sanitary towels, cups) during menstruation. Another thought can also be to free yourself from social expectations and conventions.” (Vulvani)

She shared, “you need to learn the rhythm of your period blood. And then yes, just like with urine pain, you intentionally go to the restroom and then discharge the period blood directly in the toilet.” … “When I first tried Free Bleeding, it felt like I had just discovered one of human’s best kept secrets . But basically this method is as old as humanity itself. However, free bleeding is rarely actually practiced or talked about.” (Vulvani)

So, what does Vulvani provide users?

With her partner and co-founder, Jamin Mahmood, Britta launched Vulvani in early 2021. The startup, largely bootstrapped by Britta and Jamin, offers interactive online courses, magazine, gallery, and a community forum so people can better understand the female body and normalize taboo topics through education.

Vulvani, now with over 200 users, has big plans for 2022. Britta explained that the startup would like to accomplish three goals. (1) Launch education resources for adolescents entering their first menstruation, (2) general education resources to help users better understand their menstrual cycle as a part of the solution and not the problem, and (3) open Vulvani as a marketplace as a one-stop shop for everything education-related around the female body.

We are so excited to see Vulvani grow and flourish in the femtech space. Let us know @StarterNoise your thoughts on Free Bleeding and Vulvani’s vision to better empower women with knowledge on the female body.