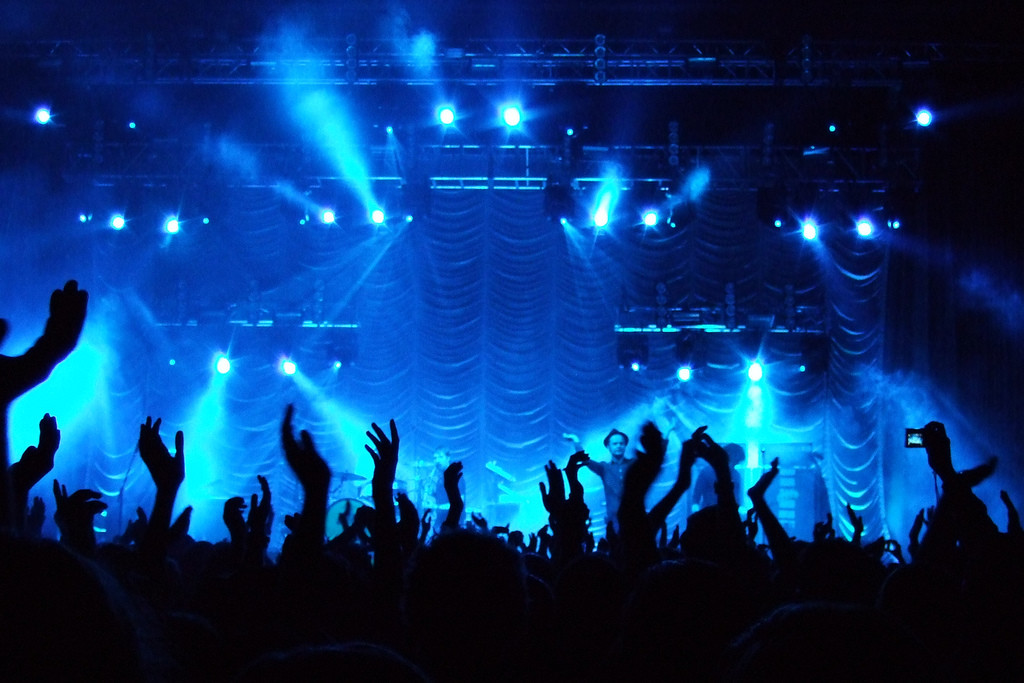 If your social scene feels like it’s stuck on repeat, visiting the same places surrounded by the same people, KickOn is here to help you break the routine. The event management app allows users to post and browse events in their area, and apply to join events they want to attend. Hosts vet potential attendees and users who are approved will receive additional details about the event, like the specific location.

KickOn got its start in Sydney, Australia, but is launching this fall in the states, with brand ambassadors at universities including: Texas A&M, University of Michigan, Duke University, University of California Santa Barbara, University of North Carolina, and Texas Christian University. 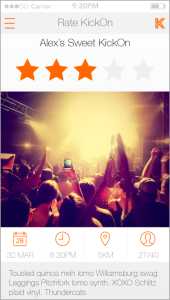 The app’s founder, Charles Stewart, says KickOn helps hosts locate the best people in their area to join their events without sacrificing exclusivity or control over who actually shows up. A KickOn party may be a great party, but it does not need to be an out of control party; approved invitees will receive a QR code ‘Kicket’ (KickOn Ticket) to ensure only verified invitees get in the door.

Stewart has heard from people around the world who are enthusiastic about KickOn.

“We had people apply to be ambassadors all across the U.S. and Europe, Australia. They just want to do anything for nothing, they love the idea and just want to get involved.”

KickOn was introduced in the U.S. last fall, with a tour of schools on the East Coast. Stewart says the app was well-received, but many potential users said the app had to be accessible on android as well as iOS, and requested additional functionality. The team returned to Australia to work on the tech development and re-hash their strategy for scaling.

“We decided to err on the side of caution this time and make sure we really dotted our i’s and crossed our t’s to make sure the technology was working in a way that everyone would be happy with.”

There are formidable challenges to finding success as a social networking app. Stewart says there are very high and non-traditional barriers to entry to overcome. For users to adopt a new social networking platform, the appeal must be unique and of real benefit.

Stewart says KickOn’s opportunity is found with Millennials who have become disillusioned by Facebook and its events page, which shows “Everything from your mom’s cupcake group, to the recruiting event for Goldman Sachs.”

Measuring the ultimate success of Kickon does not depend on just the number of users, but the quality of user engagement. For KickOn, Stewart says, “It’s not just about the downloads, it’s about the session length, the number of events attended, the number of people who set up events. Ultimately, with KickOn we need to be delivering an experience for our user base.”

An experienced entrepreneur, Stewart founded several startups in college which he described as ranging from “Very unsuccessful to mildly successful.” Though he went on to establish a career in finance, he couldn’t shake the idea of starting something of his own. Stewart says, “It was around the end of last year that I started to get that itch to try something entrepreneurial again.”

One of the limitations Stewart faced with his early startups was the absence of a network of support in Australia. He explains,”Back in 2006, the whole startup scene was still in its infant stages. I feel like it has come a long way since then.”

Today, Stewart says the scene has grown substantially, with more incubators, venture capital firms, investors, and with several startups that have found global success, there are more mentors.

No matter the resources, however, Stewart says success as an entrepreneur comes down to one trait:

Are you looking forward to using the KickOn app when it comes to your campus? Talk to us @StarterNoise using #ReadytoKickOn