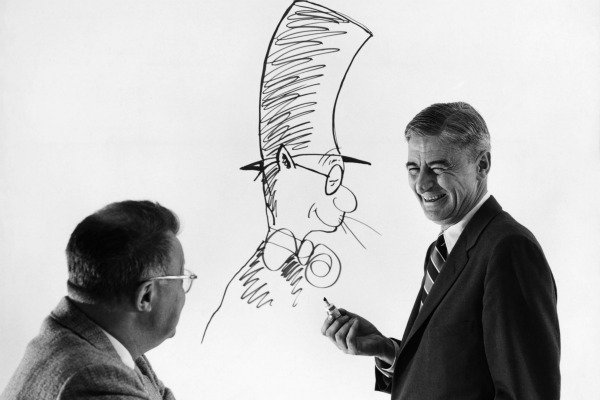 “There are no secrets to success. It is the result of preparation, hard work, and learning from failure.”— Colin Powell

We all want to be successful, but along the way, we sometimes fail. But take heart, because failure is often a necessary step on the path to success. We just need to treat failures as the temporary setbacks they are and take comfort in knowing that we aren’t the only ones who have experienced failures on our way to eventual success.

Ask anyone in the US today who our greatest president was, and most will likely say Abraham Lincoln. While some of Lincoln’s struggles before being elected president have been exaggerated, his early life was far from easy. He lost his mother to illness when he was only nine, and his family grew up having to struggle for their means. Like many in his day, he taught himself the law, and he eventually became a lawyer and a noted local politician before rising to national prominence. But Lincoln’s struggles before becoming president were nothing compared to those he endured while president. Narrowly elected president during the Civil War, he weathered criticism from both parties, troubles at home (his marriage was anything but happy), the death of his son, a cabinet that usually disagreed with him, and a succession of incompetent Union generals who lost almost every battle. He somehow won reelection, and after rallying further support for the war from Congress and promoting the great U.S. Grant as commander of all Union forces in 1863, the tide of the war began to turn. And on April 9, 1865, a little more than two years after Lincoln had emancipated the slaves, the Union prevailed.

Dr. Seuss, the famous children’s book author, endured setbacks before succeeding. Born Theodor Seuss Geisel, he submitted his first book, And to Think That I Saw It on Mulberry Street, to 27 different publishers and was rejected by every single one. As Geisel was walking home from his last rejection to burn the manuscript, he bumped into a college classmate who eventually helped him find a publisher. In the end, Dr. Seuss’s books have sold over 600 million copies worldwide.

Billionaire former talk show host Oprah Winfrey was born in Mississippi to an unwed mother and was raised by her father. She was smart and ambitious and eventually landed a job as a news anchor for a TV station in Baltimore, Maryland. But all did not go well. Her co-anchor was an egotist who didn’t want a young, female partner, and Winfrey often became emotionally involved in the stories she covered. Eventually, due to pressure from her co-anchor and WJZ management’s dislike of her style, she was removed from her anchor spot. Since she had time remaining on her contract, station management allowed her to host a talk show called People Are Talking. Well, people did talk, and the show’s success eventually led to The Oprah Winfrey Show.

You never know what successes lie ahead. So take heart from these and other lessons and know that the failures you endure can’t prevent your success unless you let them.

Keep up with us here at StarterNoise to get access to breaking news and trends in tech.