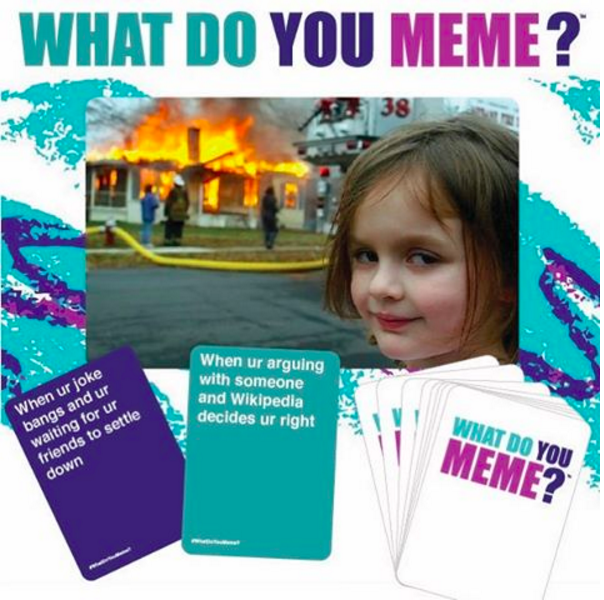 06.14.16 | Sarah Koebel
“This is your chance to pre-order the funniest game in the whole entire world,” says Elliot Tebele of “Fuckjerry” on his new Kickstarter campaign page.
If you aren’t already familiar with Fuckjerry, you may want to take a look at the popular Instagram page, which features Tebele’s unique memes, among other posts. Now the Insta-comedian is turning his unique skill set toward a new endeavor: a card game à la Cards Against Humanity, called What Do You Meme? (And before you think about stealing the clever name for your own project, know that it is already trademarked.)
While the Fuckjerry fanbase and follower count has reached 10 million, Tebele decided to launch the game on Kickstarter in order to see how well it will be received by the public. If all goes well, you’ll probably be able to pick up the game at retailers like Urban Outfitters in the near future.
While Fuckjerry is indeed an Internet sensation, Teble understands the importance of interacting with people in person. “But what if memes could become truly social, bringing friends and families together in real life?” he says on the Kickstarter page. “I recently focused on pursuing this idea and set out to create a game that would bring people together, no screens attached.”
You can order a basic version of the game, featuring 225 caption cards and 40 photo cards, for $25.
What’s your favorite Fuckjerry meme? Let us know on Twitter or Instagram @starternoise!
Facebook Comments