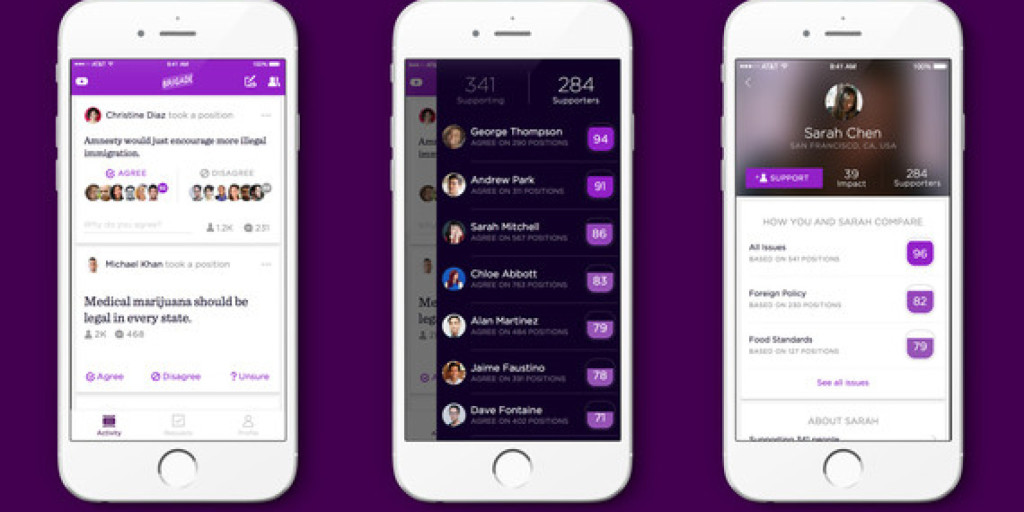 Sean Parker, the infamous entrepreneur who set the music industry on a crash course with Napster, has now moved on to tackling American politics. Parker and his partner, Matt Mahan, along with a team of engineers, have introduced Brigade, an app that promotes discussion on current political policies and topics that are prevalent to the development and progression of the US government.
Brigade operates in a very simple fashion– the user is presented with a stack of cards on the screen and are given the option to support or veto. The primary card will present a topic, such as “Trade with Asia” or “Republican Candidate Race”. Once the topic is presented the user is able to sift through a series of supporting cards that present neutral points on the topic in order for the user to form an opinion on the topic without having any former knowledge. Once you determine your opinion on the topic, Brigade will present a polling chart that shows the percentage of users that that both agree and disagree with you.

Parker went on record to state that he wanted the experience be be as simple as possible without sacrificing a fair presentation that did not favor one opinion over the other. This gives the user the ability to eventually form groups with like-minded individuals where regular political discussion can occur on a frequent basis.

There seems to be quite a bit of promise in the simple design and the uncomplicated goal of making US politics a benchmark in normal conversation. Will Brigade flourish as a portable outlet to better understanding government? Tweet us your thoughts at @StarterNoise using the hashtag #BrigadeAppCampaign