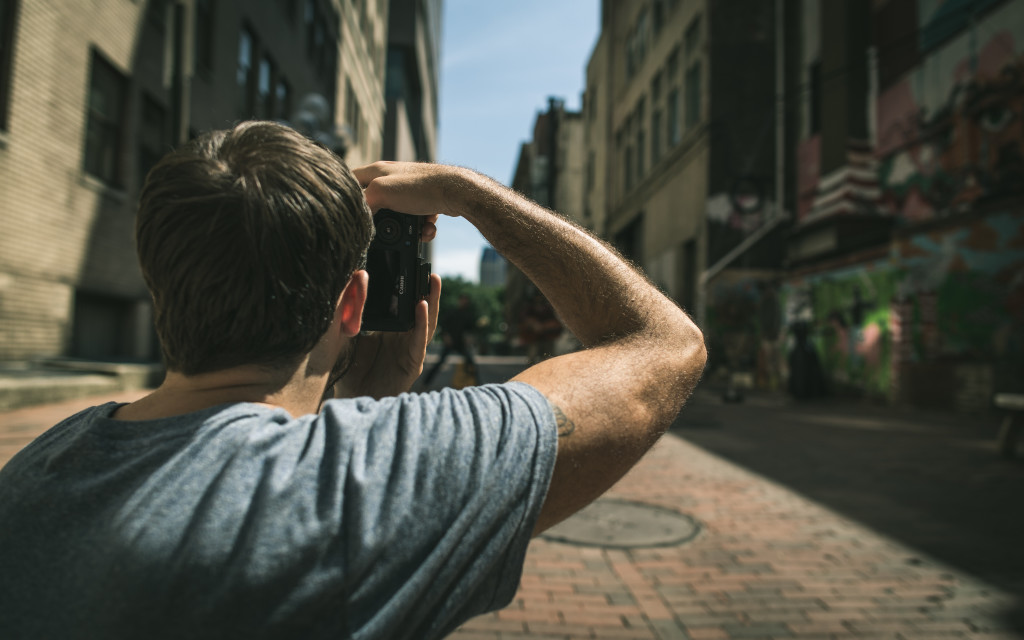 Vizalytics is using open data to transform how New Yorkers interact with their city. With the help of a knowledge graph, open government data sets are presented to audiences on three unique platforms. Founder and CEO Aileen Gemma Smith explains Vizalytics’ work with open data, “We turn it from this abstract thing, into something that people can use.”

Since 2012, Vizalytics has set out to transform open data into multidimensional information and connect users at personal, small business, and enterprise levels. Smith explains the process:

Smith was motivated to improve public access to open data after witnessing small business owners in her hometown of Staten Island rebuild in the aftermath of Hurricane Sandy. A digital divide left many shopkeepers unaware of the resources available to them.

In response, Vizalytics developed its first knowledge dashboard. Mind My Business connects shopkeepers with with localized information about factors which might impact their business, like nearby events which could increase foot traffic, planned construction projects in the neighborhood, and violations data trends and patterns.

The second dashboard, Neighborhoods.NYC, launched a three month beta period on October 14 in coordination with the City of New York. The community platform is directed towards residents and aggregates local information like upcoming neighborhood events, traffic conditions, public transit schedules, and information on city services. More than 400 different neighborhood names are represented, and the pages can be accessed in 13 languages. Local community groups can apply to manage individual domains and build out additional content to further personalize a page.

The third dashboard, Local Insights, is directed towards governments and organizations. It compares activities across different data sets to deliver insights on broad trends and patterns in certain geographies.

In order to turn open data into actionable information, Smith says it is essential to stay critical and curious about what is missing. She explains,

“If I’m doing something like looking at 311 data across New York City, and I see there’s lots of calls here and lots of calls there, but not that many calls in a particular neighborhood, it doesn’t mean there’s nothing wrong there. It could mean that’s a poor neighborhood that maybe doesn’t have English as a first-language and the folks living there might need resources, but they’re not reaching out to city services to get them because they don’t know that they’re there. Understanding what’s not in the data is probably the most important thing to keep in mind. What’s not included that I need to care about?”

“I actually love the vibrancy of it in that way, but sometimes it is sort of surprising how messy it can be. That’s also why it’s really cool, because if you can take something that’s that complex and seamlessly weave it into something from which you can garner insights and from which you can have thousands of concurrent users getting different kinds of information at the same time, that’s kind of neat.”

With Vizalytics, Smith has also adopted a new role as a first-time CEO. Smith says the task of driving the vision for the company and managing day-to-day activities is a privilege that demands a disciplined approach. To get the company off the ground, Smith sold her house. She says that level of commitment has not gone unnoticed by others,

“I don’t know how many people should do that, or would be willing to do that, but I’m also the mom of two teenagers. So it’s not without repercussions to say, yeah, this is how invested we are in doing this and this is how much we believe in it. Because of that, I think we’ve had investors come in saying, ‘Ok, you are that driven, I want to bet on you because you’re not going to stop.’ But we’ve also had team members say ’This is great, I believe in you because I know you’re going to take us forward.’ ”

Smith’s advice for other entrepreneurs is to stay committed and be aware of who you surround yourself with.

“Don’t give up, even if it seems like nobody wants to believe in you and it’s really hard, because you can actually get past that. There are a lot of really good folks in the world who will support you and will be your champion. Reach out and build networks with those types of folks.”

Vizalytics is currently working with other cities to expand Mind My Business to other cities, including Chicago, Seattle, and San Francisco. As Vizalytics grows, Smith says she is humbled by the level of support from people advocating on behalf of the company.

“We still have much to do and much ahead. You can never relax in your chair, because that’s when you start to get stagnant. You always have to look and see ‘here’s what we can do’. It’s humbling that we’ve earned that respect, but there’s much to do to continue to earn that respect.”