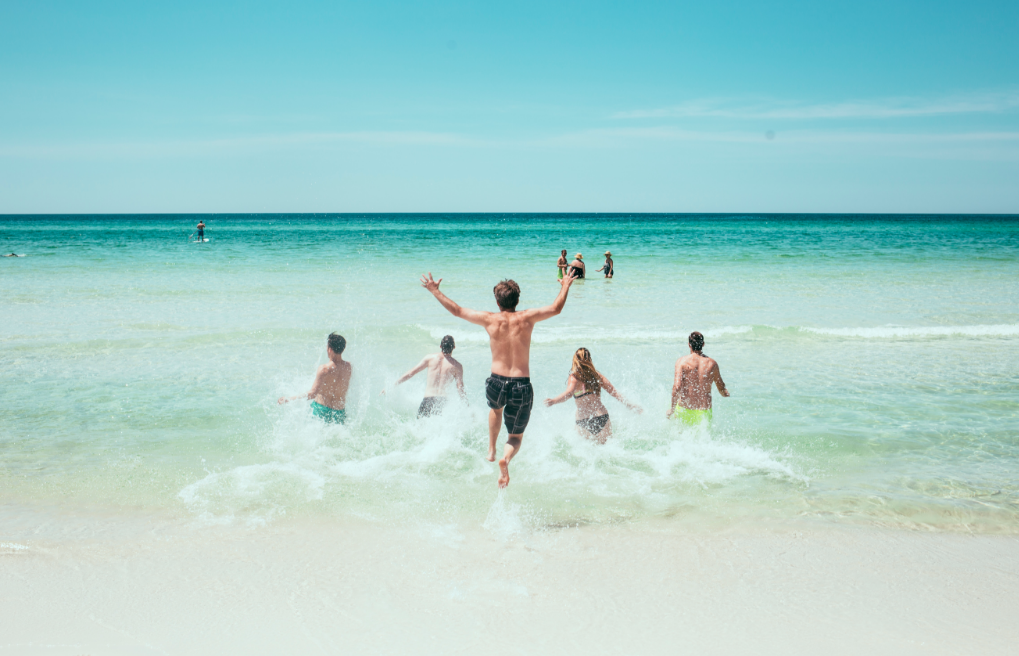 A year after I graduated college, I took a hard look in the mirror and came to a stark realization: the human body is not meant to subsist solely on domestic beer and chicken nuggets shaped like dinosaurs. I’ve since come to believe this is an inherent design flaw, and human beings should be subject to some sort of recall, but I digress. Realizing the need to reset my personal fitness, I set some reasonable nutritional goals for myself and – like most neophytes setting out on a health and wellness journey – decided to race in a 5K.

For the uninitiated, a 5K is a foot race covering – you guessed it – 5 kilometers. It’s a reasonable goal for a newly-minted runner because it is far enough to require some preliminary training. At the time I set out to meet my goal, the 5K du jour was the Color Run, which debuted in 2012. My social media streams were filled with pictures of beaming friends covered in various hues of dyed powder (racers are dredged in colorful chalk at the end of each run) and none of them seemed to be any worse for the wear. So, I settled on the event and signed up – to the tune of…$40?

That’s right. My leisurely 3.1 mile run was going to cost me. As it turns out, 5Ks and their brethren (10Ks, 15Ks, and their weird cousin, the mud run) are big business, and a relatively new one at that. While dedicated runners have been forking over money to chafe their nipples in half marathons and full marathons for decades, the rise of casual road running has been swift and expansive.

Currently, a local database search for my home state of Colorado lists 270 upcoming running events – the great majority of which are 5Ks or other “pay to play” type events. Of course, many of these are local fundraisers or in some way tied to other community events, but most are races which are coordinated by casual running megafauna such as the Color Run, Rock ‘n’ Roll Running Series, Spartan Race, Tough Mudder, Hot Chocolate 5K, and their ilk. Charging anywhere from $30 to well over $100 per racer, these companies run a network of races across the country, and arrive onsite fully staffed to set up courses, host after parties, sell race merchandise, and provide an all-encompassing experience which is then boxed up and shipped to the next city, leaving only crumpled water cups and pulled hamstrings in their wake.

Typically, these races are vaguely tied to some charity or another, although the money donated always feels like a mere afterthought compared to the pomp and circumstance they generate. The Color Run boasts on it’s website about donating $3 million dollars to local charities since 2012. By no means is that an insignificant number; but when levied against the $300,000 – $500,000 the company pulls in for each of its 100+ yearly events, it is a drop in the bucket. Meanwhile, Tough Mudder lowers the bar even further, donating exactly $0 to Wounded Warrior – it’s “official” charity. Instead, participants are encouraged to fundraise on their own for the organization, receiving price breaks for reaching fundraising goals along the way. Still, every penny you spend to compete in the race goes directly to Tough Mudder.

So, how then do these races justify the price tag? How can you convince a perfectly sane person to drop serious coin for 30 minutes to an hour of moderate exercise? It’s all in the business model.

Casual races and mud runs check nearly every box. They award medals to all who finish, providing a sense of accomplishment. They are painfully social, relying on the “group experience” to build excitement. They affiliate their brands with charities and non-profits, tapping into the burgeoning social-consciousness which is sweeping the nation. They provide exactly the photo-op you need to accompany your #EarnYourBeers tweet. And more importantly, they are gone before the excitement wears off, and you are left wondering, “Did I really pay fifty bucks for a jog?”

This type of broad appeal is central to the meteoric growth of “Non-Traditional Running Events” from 2009 to the present. According to a 20014 Running USA report, non-traditional race finishers (those participating in themed races, mud runs, and adventure circuits) eclipsed traditional finishers (marathoners and half marathoners) in 2012, and reached an unprecedented total of 4 million in 2013. This growth tapered slightly in the past two years – likely due to a saturation of the market – but has still seen a clear separation from traditional racing.

Some have gone as far as calling these types of races predatory, as they prey on insecurity, fear of missing out, and false-accomplishment to rake in millions of dollars. But, I’m not necessarily denigrating these companies; I have participated in many races since that first one, and enjoyed each in its own right. However, before you shell out your hard earned money for the thrill of crossing a finish line 3,444th out of 7,000 people, take a moment to consider the business behind the bustle. You may be better off taking an untimed (and uncolored) run around the neighborhood and using that money on a cold Coors Light and some Dino-nugs.

What do you think? Should these races be held more accountable for their profits, or do they fill the need for harmless weekend entertainment? Let us know @StarterNoise.