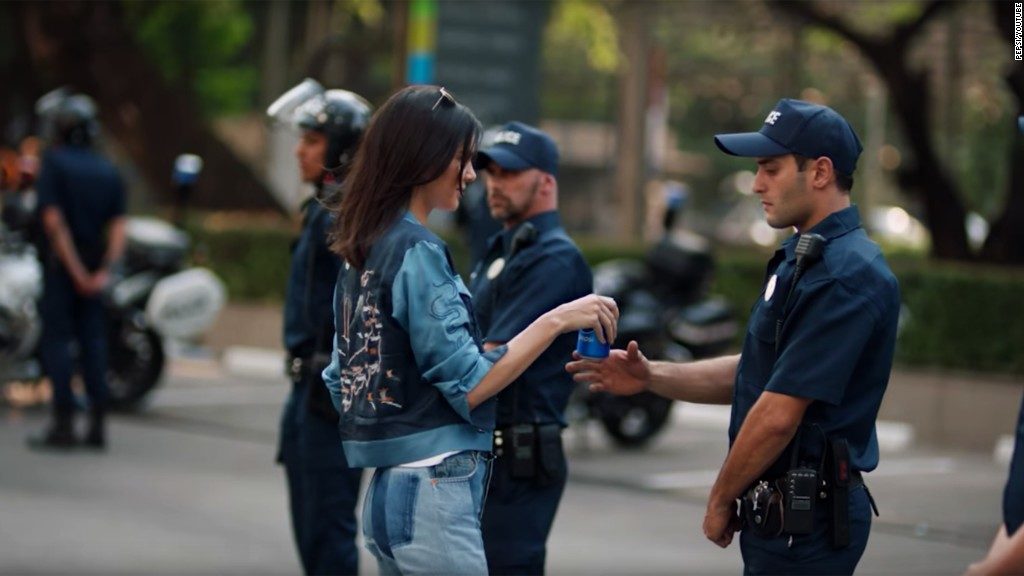 Incredible! In case you missed it, Pepsi released an ad, which they quickly pulled, where Kendall Jenner solves the Black Lives Matter protests by handing a cop a Pepsi. Who knew volatile social issues could be solved so easily? Imagine what would have happened if the store had been carrying Coke. Look out AIDS epidemic and world hunger because if Kendall gets her hands on a Coke, you could be in real trouble!

Pepsi received some backlash for the ad and had this in response “Pepsi was trying to project a global message of unity, peace, and understanding. Clearly, we missed the mark and apologize.” But I respect Pepsi’s boldness, and honestly, someone had to take a stab at making a buck off the current protests swirling around police shooting unarmed members of the African-American community.

Corporate fat cats trying to make a profit off of black culture isn’t something new. White people have been capitalizing on black culture since they stole rock and roll, and Elvis started swinging his hips and buckling his knees. And now white people are still stealing their moves to varying success. Take a look at Hannah Montana who wised up and “borrowed” from black culture when she became Miley Cyrus. Now she’s making millions by twerking and hanging around Juicy J. Good on you.

I think it’s a good thought, corporate fat cats. Capitalizing off of social movements and minority cultures is engrained in America’s economic DNA, and it’s a proven formula. I just think you might be fat catting for the wrong product. People don’t believe that Pepsi is going to end any kind of protest or elicit a cheer from just about anyone. Pepsi just doesn’t make anyone that happy. It’s also not very good. It’s for when the vending machine doesn’t have Coke, and you’re not adventurous enough to try a Mountain Dew.

I respect the hustle corporate fat cats, you just backed the wrong horse.

Tweet us what product you think would stop a protest @StarterNoise and email me to collect your winnings at saagpaneer3@gmail.com.