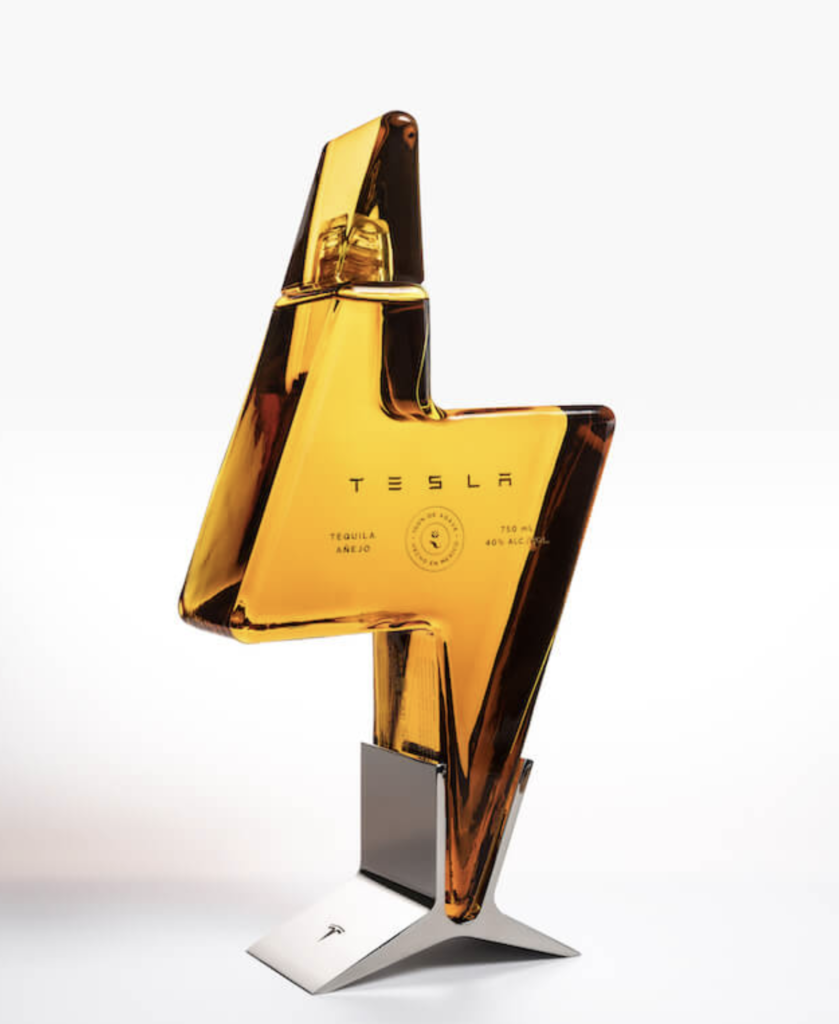 Elon Musk is always up to something new. Between running Tesla and SpaceX, Musk is now debuting his newest venture—Tesla Tequila.

According to its description, Tesla Tequila is “an exclusive, premium 100% de agave tequila añejo aged in French oak barrels, featuring a dry fruit and light vanilla nose with a balanced cinnamon pepper finish.”

The idea behind the tequila is nothing new. In April 2018, Musk got into the April Fools spirit, tweeting a photo of him passed out next to a Tesla Model 3 “surrounded by “Teslaquilla” bottles, the tracks of dried tears still visible on his cheeks.” In the photo, Musk is holding a sign that reads “bankwupt.”

Would you give Tesla Tequila a shot? Tweet @StarterNoise to let us know!