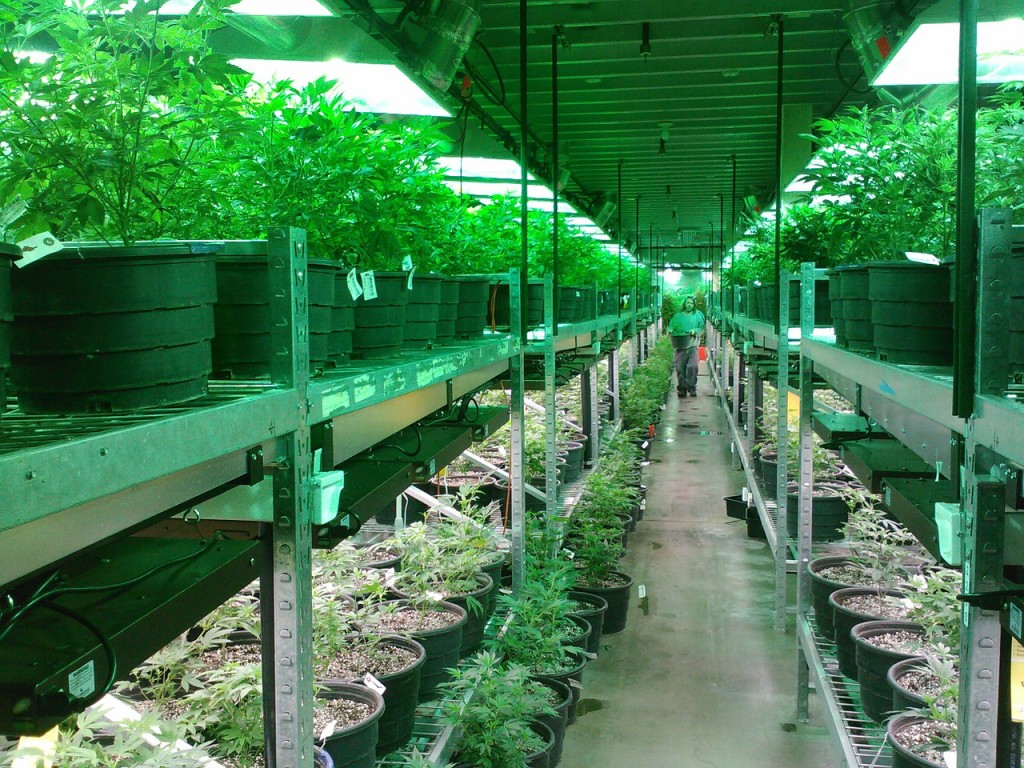 The conversation around legalized marijuana has mainly focused on the present and what needs to be done today regarding safety, education, regulations and balancing state and federal control. As more and more entrepreneurs look to medical and recreational marijuana with interest, ending the prohibition on pot may lead to opening up many states where people are legally allowed to get high, shifting the norm and changing the future.

In our final part of the pot series we look to the future of the pot industry. Where could the legalization of pot take us as a country? What is research saying? and what are some of the broader entrepreneurial possibilities that come alongside a major change in our approach to recreational drug use?

One of the ongoing arguments in regards to cannabis is whether it contains medicinal properties and whether those medicinal properties outweigh any known risks. Some argue that it is a “natural” drug and a healing agent while others argue that the health claims have not been properly substantiated. Those that have decided to use medicinal marijuana as part of their treatment do so “at their own risk” even if their physician supports it.

The problem here is that, until recently, marijuana was not only designated as what is called a “Schedule One” drug, something that has no health benefits according to the FDA, but significant hurdles were put in place for any person who wanted to submit research proposals. These hurdles made it difficult to get funding to research the effects and benefits of marijuana – it is actually more difficult to research marijuana than it is to research cocaine.

The broadening legalization of marijuana and a surprise move by the Obama administration in June of 2015 removed these hurdles so more research can be initiated. Already, studies show that controlled amounts of key components of cannabis help eliminate nausea and improve appetite, can be an option for some symptoms of multiple sclerosis, and can reduce seizures in children with certain types of epilepsy. Studies of Chron’s disease, the side effects of cancer treatments, Alzheimer’s and PTSD all show positive scientific results when it comes to particular cannabis treatments.

We are at the tip of the iceberg with what we know about the medical uses of marijuana. The next step is making it easier for medical researchers to acquire marijuana from a grow-site that is approved for scientific study – currently there is only one approved supplier in all of the United States for research studies recognized by the government and they will not be able to keep up with demand. But, the hurdles are bound to come down in time. Ongoing study will help doctors and the public truly understand the opportunities and limitations of the drug and will influence the way the drug is handled, accessed and prescribed in the future.

Every industry and new idea has merit of its own. What doesn’t always get attention are the piggy-back entrepreneurial opportunities that come with innovation. Dispensaries and grow-houses may be obvious business opportunities in our era of marijuana legalization, but they are not the only opportunities for those who want in on this potentially lucrative industry.

For example, packaging and labeling are going to be important aspects of pot sales and a high-demand service – especially as regulations and standards continue to evolve. Individuals who can come up with edibles that entice consumers beyond the traditional pot brownie will have a new place in society, and developers who can streamline the inner-workings of a retail shop with customized software will probably make a killing. In an industry that is ever changing and evolving, anyone who can help new business owners stay on top of regulations will likely be able to charge a pretty penny for their services, and those who can cultivate strands and want to share best practices will have a previously never-before-titled position. The possibilities are endless. Entrepreneurs who can think outside of the direct retail sales chain will find a plethora of ways to engage in the industry that could make them millions.

A focus on marijuana also provides a potential new niche for several professions – lawyers can focus on what is happening in their state of practice in order to provide services to new business owners, lobbyists and advocates can work to move legislation in a positive direction, health professionals can partner with communication experts to raise awareness, and individuals in law enforcement will be needed to provide information and training, just to name a few.

The Economics of the Pot Future

One of the major hurdles that will need to be overcome is in the banking sector. Currently, the majority of banks are not able to provide business services to pot-shops under federal regulation. This has left a lot of shops operating on a cash-only basis with no safety net. Credit Unions in Washington state were the first to open accounts and one bank in Oregon has announced that they will offer services across state lines, meanwhile all major financial institutions still await changes in federal regulations and threaten to close accounts that belong to anyone in the cannabis business. This will need to change if the industry has a hope of legitimizing fully.

With the ban from banks because of federal regulation, it seems unfair that pot sales are clearly funneling tax dollars back into the states that have legalized either medical, recreational or both. These tax dollars should not be ignored and could become a negotiating term as things progress. When a state like California is looking at over $500 million in yearly revenue, there is potential there. Earmarked funds from marijuana sales are already getting into the education system in Colorado and that money will be hard to let go of if there ever is a threat of losing the marijuana industry. While illegal marijuana meant competing on the street, legal marijuana may mean that sellers, growers and others involved in the industry find a way to come together and leverage their collective power. If the industry is going to succeed, they will have to learn to work within the system.

Do you think the future of the marijuana industry is lucrative and worth the current limitations and struggles? Let us know why it is an ideal field of investment, or why you would give your money elsewhere by sharing with @StarterNoise #PotBiz