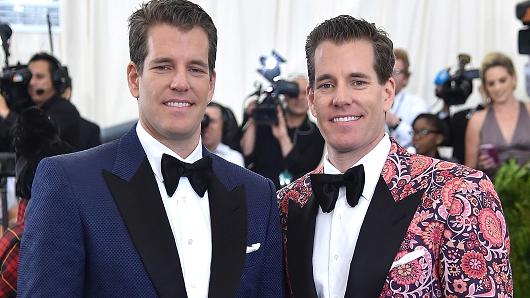 The Winklevoss twins have been dabbling in big name investments for some time. You probably know  about them from The Social Network, which told the story of Cameron and Tyler suing the Facebook co-founder and CEO, Mark Zuckerberg, over credit for the now multi-billion dollar company.

Although they probably felt like they got the short end of the stick during that lawsuit, they just struck it pretty big with a lofty bitcoin investment back in 2013. Investing $11 million in cryptocurrencies seemed straight up crazy four years ago. But lucky for these twins, they just banked in close to $1 billion.

Considering they purchased bitcoins for pennies compared to the record high of $11,000 recently, the Winklevoss twins have quite a bit to celebrate. And it doesn’t appear that they are still hung up about Facebook … In an interview with The Guardian, they explained that “bitcoin potentially could be more impactful because being able to donate $0.50 to someone across the world has more impact than potentially sharing a picture.”

Bravo. They most surely have a lot (or a billion) to celebrate about.
Have you invested in bitcoin? Think you could strike it rich like the Winklevoss twins? Tweet @StarterNoise.
Photo Credit
Facebook Comments