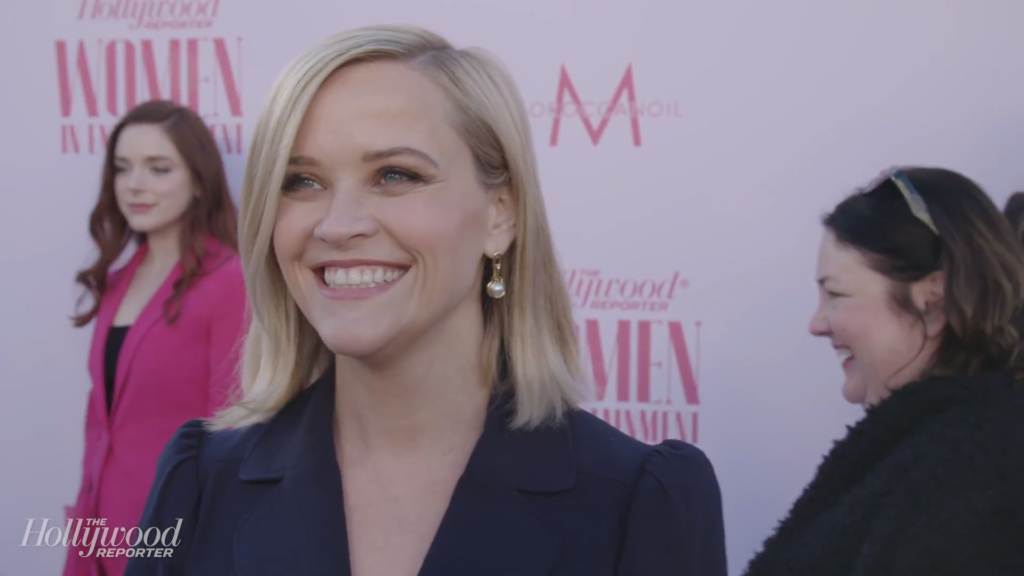 While women are finally making inroads into the male-dominated power structure of Hollywood’s dream machine, there is still much to be done and many miles to go. A recent annual event celebrated one woman’s contributions to this cause, giving us hope that more change is coming. Women in entertainment are rising up with Reese Witherspoon.

On Wednesday, December 11, 2019, Milk Studios played host to The Hollywood Reporter‘s Power 100 at the Women in Entertainment annual gala. This year the event honored many women in entertainment, especially Reese Witherspoon, to whom they gave the Sherry Lansing Award, which is given to women who are pioneers and leaders in their field.

And more striking than the A-listers who attended was the inspired message from Witherspoon herself.

After thanking her family and the male attendees who support women, Witherspoon recounted a meeting she had with a studio executive when she was only 22. When she told him that she wanted to “give funny and dramatic performances and deliver smart dialogue and create fascinating characters like her idols Holly Hunter, Sigourney Weaver, and Meryl Streep,” the exec turned to her and said, “Well, not that many women get to be the lead in movies, and also Meryl Streep is completely over.”

Witherspoon wished that she could go back in time to tell her 22-year-old self (to answer that exec) that one day in 2019 she would be sitting in a room with “so many women who are leading our industry by producing and creating films and television and shows on every platform for millions of people who really want to see better stories about women on film. There will be so many of us, you won’t be able to write us off.”

When Witherspoon re-launched her production company in 2011, only one movie out of 140 that year starred a woman in the lead. But today that has changed, and Witherspoon herself has worked more than she ever has and is making more money than she ever has. “And that’s not to brag, that’s just to illuminate how much our business has really changed,” she said. “And it’s changed because of my fellow Lansing Leadership Award honorees.”

Witherspoon further told how, after a Time’s Up meeting where she heard other women’s stories of discrimination and harassment, she turned to television producer Shonda Rhimes and said, “Someone has to do something,” to which Rhimes replied, “You’re gonna do it.”

So no matter what industry you’re in, if you’re a woman and you see a problem that needs solving, then just get to work. Because of leaders like Witherspoon—and the women who work beside her—real change is happening, in Hollywood and elsewhere. P.S. have you seen her amazing work at Hello Sunshine? Keep kicking ass RW!