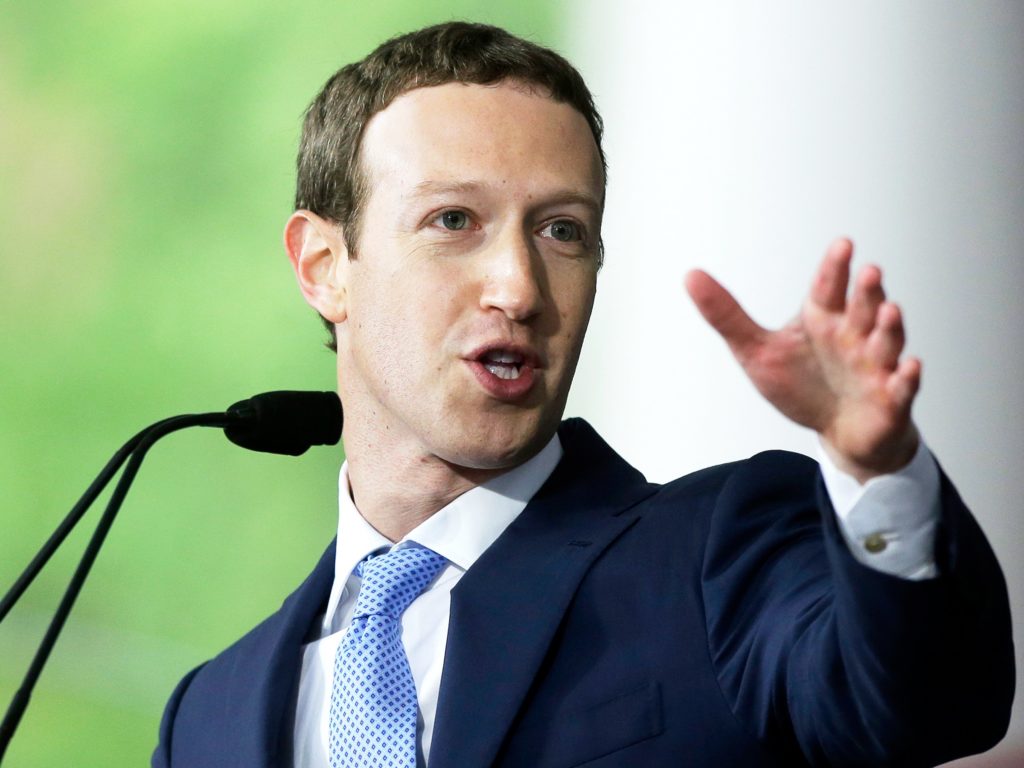 As one year comes to a close and another year arrives, most of us can’t help but get nostalgic about our triumphs and tribulations over the past 365 days. Maybe you moved to a new city, met the love of your life, took a new job, said goodbye to a terrible relationship … whatever 2017 brought you, we all hope that we learned a great deal so that 2018 can be that much better. Zuckerberg is thinking the same.

Mark Zuckerberg was thinking the same thing on January 4 (at precisely 7:40 am). In a beautifully written Facebook post, Zuckerberg describes his personal goal to learn something new each year. He writes: “Every year I take on a personal challenge to learn something new. I’ve visited every US state, run 365 miles, built an AI for my home, read 25 books, and learned Mandarin.” … Raise your hand if you have accomplished any of these goals? Yeah … me either.

Anyway, Zuckerberg grabs hold of our attention and teaches us a pretty important lesson. What’s that lesson you ask … Well, read the post because it’s really good! Basically, he encourages us to think about what our goals are for 2018 and how we plan to accomplish those goals.

“Today feels a lot like that first year. The world feels anxious and divided, and Facebook has a lot of work to do — whether it’s protecting our community from abuse and hate, defending against interference by nation-states, or making sure that time spent on Facebook is time well spent.

My personal challenge for 2018 is to focus on fixing these important issues. We won’t prevent all mistakes or abuse, but we currently make too many errors enforcing our policies and preventing misuse of our tools. If we’re successful this year then we’ll end 2018 on a much better trajectory.

This may not seem like a personal challenge on its face, but I think I’ll learn more by focusing intensely on these issues than I would by doing something completely separate. These issues touch on questions of history, civics, political philosophy, media, government, and of course technology. I’m looking forward to bringing groups of experts together to discuss and help work through these topics.”

Facebook has received a fair amount of criticism over the past year or so. Many people have struggled with the sheer amount of hate speech during the 2016 election, the surmounting accusations that the site took a liberal side to all postings and advertisements, and let’s not forget #fakenews. In a time of such innovation and change, Zuckerberg recognizes the need to address these issues head-on.

But today, many people have lost faith in that promise. With the rise of a small number of big tech companies — and governments using technology to watch their citizens — many people now believe technology only centralizes power rather than decentralizes it.”

What are your thoughts on that last line? Do you think technology has done the complete opposite of decentralization? Instead, has technology just been centralized to the powerful few — at the expense of the powerless many? … Don’t worry, Zuckerberg addresses this question pretty well.

“There are important counter-trends to this –like encryption and cryptocurrency — that take power from centralized systems and put it back into people’s hands. But they come with the risk of being harder to control. I’m interested to go deeper and study the positive and negative aspects of these technologies, and how best to use them in our services.

This will be a serious year of self-improvement and I’m looking forward to learning from working to fix our issues together.”

What a profound statement. And what a way to start 2018. I don’t know about you, but his post brings me shivers. How do we address the mass amount of technology we have created? Do we need to come up with new systems and processes for how we interact with and understand all this technology?

I’m pretty confident Zuckerberg means he’s getting down to business when he writes this post. And I think we all need to assess what goals we want to tackle and why. And don’t stop there — actually accomplish those goals because let’s face it, next thing you know 2019 will be knocking on your door.

Tweet @StarterNoise to tell us what your goals are for 2018!