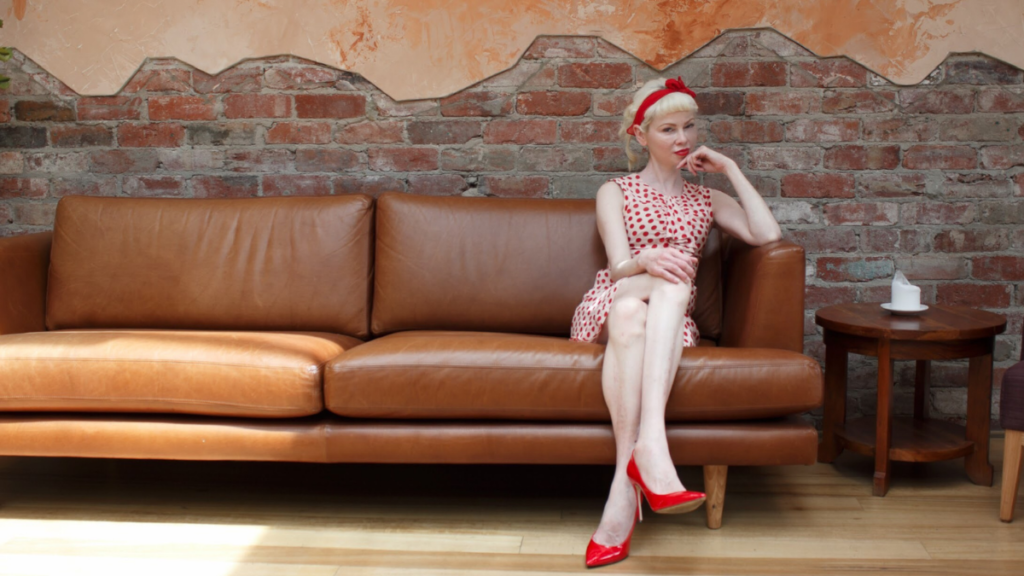 Sure, they’re “just two Aussies making cheese.” They’re also just two Aussies (Veronica and her husband Shaun, an award-winning chef) that decided to pack up everything they own, scrape together their life savings, and move from Australia to the US to launch one of the most innovative companies in the plant-based food space.

Their product? Dairy-nut-soy-free cheese. Plant-based cheese typically is nut-based, and the mass-produced cheese is based on coconut oil, starch, and artificial flavors.

Their goal? Creating something that doesn’t just look the part- but taste the part too. Grounded Foods is recreating the entire sensory experience of eating cheese but using plants as the base.

The company has already raised a Seed round of $200K, and now they’re raising again.

I had the opportunity to chat with Veronica Fil to hear the whirlwind story of the pair’s move from one side of the world to another- to make and redefine cheese.

Edited and condensed for clarity.

To start, I’d love to hear the story of how you built Grounded.

My partner Shaun is a fine-dining chef with an extraordinary talent for making food out of unusual ingredients, and playing on people’s perceptions of flavor. He’s very passionate about the creative side of cooking, and how he can create a multisensory story around that.

On the other hand, I’m a former behavioral economist who has a knack for identifying market trends and gaps. As a side hustle, I decided to commercialize some of Shaun’s plant-based recipes, starting with a cheese he’d made from vegetable scraps. The idea really took off- so much so that I convinced him to leave the restaurant business entirely and become my R & D wizard at Grounded Foods Co.

Shaun had a few different plant-based food concepts that he’d created around the same time as the cheese. When I weighed them up side by side, the plant-based cheese market seemed like the biggest (and most immediate) opportunity.

We absolutely love cheese ourselves. We’re not vegan. But we know that we shouldn’t be eating dairy. The thing is, there’s nothing on the market right now that we’d be willing to buy instead of normal cheese. So we created products for people like us, who aren’t willing to compromise on flavor but would like to introduce more plant-based options into their diets.

This past April, you announced you’d launched online pre-sales for your first range of first-to-market vegan cheeses, and the cheeses initially weren’t scheduled to ship until June. Then, you sold out within 3 minutes of going live. How crazy was that shift? How did you do it? Especially when you’re fundraising during a global crisis!

It was a pretty ballsy thing to do. We were asking people to pre-pay for a product that they’d never tasted, and wouldn’t be shipped for months. But we figured that the world had gone completely haywire at that point with COVID, so if we were ever going to take a risk, that would probably be a good time just to give it a crack and see what happens.

The sales went ballistic. We were just sitting in front of the screen that first day in awe. Ultimately we had to close down pre-orders entirely because we wouldn’t have been able to fulfill more orders — at least not by handmade production. That’s why we needed investment.

In terms of how we achieved it…I think we spent about $200 on Facebook Ads, which was the extent of our marketing effort. We don’t believe in big advertising budgets — but we do pour a lot of our own time into strategy, audience targeting, and ongoing market research.

How has COVID-19 affected Grounded?

I’ve worked remotely for the majority of my career. It used to be something that businesses were afraid of. Now everyone has uncovered the truth: that working from home without pants on is not only one of life’s greatest joys but also way more efficient than commuting to an office every day and being stuck there from 9-5. So it’s business as usual for me from that perspective.

In another sense, I think that COVID put even more of a spotlight on the plant-based foods industry. There was already a great deal of momentum behind it, but the global pandemic has really pushed that shift further, beyond what might previously have been called another ‘trend.’ There’s no going back to our old, broken food system from here — and I’m glad our business is part of that solution, not contributing to the problem.

From a food startup perspective, COVID has removed many barriers to market entry that previously existed and flipped the balance of power. All of a sudden, these big food companies are struggling to connect with consumers, train all their staff to use Slack, and learn how to sell directly to consumers online. In many cases, it’s not only leveled the playing field but tipped things in our favor. Those hustling, hellishly driven entrepreneurs were built for a time like this, and now is our chance.

How has COVID-19 affected your employees’ wellness, and what are you offering to employees to continue company culture and wellness?

We’re still a husband and wife team of two. To continue a company culture of wellness, while being locked inside an apartment for many months with my co-founder, I promise my husband each day that I will not kill him. Considering we’ve made it this far while simultaneously moving our lives to the opposite side of the world (Melbourne to LA), fundraising, shipping pre-orders and generally launching a new business, I have a feeling we’ll be alright.

Now that we’re expanding our team, flexibility is a big thing for me. I love remote work. I love incorporating things that I want to be surrounded by (like food) into my business. The concept of work-life balance doesn’t exist for Shaun and me because we’re already spending our time doing something that feels fun and gives us immense creative satisfaction every day. There’s never a point where we struggle to get out of bed due to the drudgery ahead because we built it that way.

What’s changed with COVID is that I’m seeing many people re-evaluate their careers and come to the same conclusion. They don’t want to waste their lives doing shit they hate or it isn’t fulfilling or aligned to their personal values. Those are the people with the relentless energy to build something bigger and without limitation, who should send me their CV right now.

What is the most critical initiative you are working on now, and how do you plan on achieving it?

The next step for us is full-scale production. That’s a challenge for any food startup, and there are always inevitable kinks along the way. In the past, people have told us that as a chef, Shaun will struggle to scale his recipes from restaurant kitchen to commercial manufacturing facility. But those people clearly don’t know Shaun.

We’ve got a track record of doing things that people have told us shouldn’t be attempted, or are impossible. So there’s no reason to stop now, I guess.

You recently announced that Grounded Foods closed a $1.74 million seed funding round. First of all, congrats!! What do you plan to use the investment to scale?

Firstly, we’ll be able to hire ourselves as official employees and no longer live in an apartment full of furniture fashioned entirely from cardboard moving boxes. Then we’ll start hiring our first key team members, buying manufacturing equipment, and detonating our rollout strategy.

That seed investment will mean we can finally get into production and bring these products to the broader market and onto people’s plates.

What’s next for Grounded?

Our first three products will be available online in November. We never stop developing new ones and are constantly tweaking and improving them using plant-based ingredients that have not been used before — at least not in this way — at a commercial scale.

What’s one fun fact about Grounded/your process that I can use to impress my family “cheeseheads” in Wisconsin!?

The most common reaction I see from cheese fanatics, as soon as the phrase “vegan cheese” is mentioned, is a rigorous posting of the vomit emoji. That’s why we don’t even put the word vegan on our packaging (even though technically it is).

Tell the fam that our cheeses were made for people who just like tasty AF food. They happen to be made from hemp seeds and cauliflower instead of dairy, which is cool because it’s way more sustainable and, as an added benefit, dense in nutrition.

If you could be roommates with any entrepreneur today, who would it be?

It honestly just wouldn’t work. It took me many years to acclimate to living with my own husband, and even then, he would argue that I’m still not very good at it. But in my isolation, I really enjoy listening to founder journeys and startup stories on podcasts like the How I Built This and The Pitch. They’re my entrepreneurial roommates.

Like what you read? Hear more stories from founders like Helen Chen, CEO & Founder of Nomad Homes, and John Sherwin, Co-Founder of Hydrant.